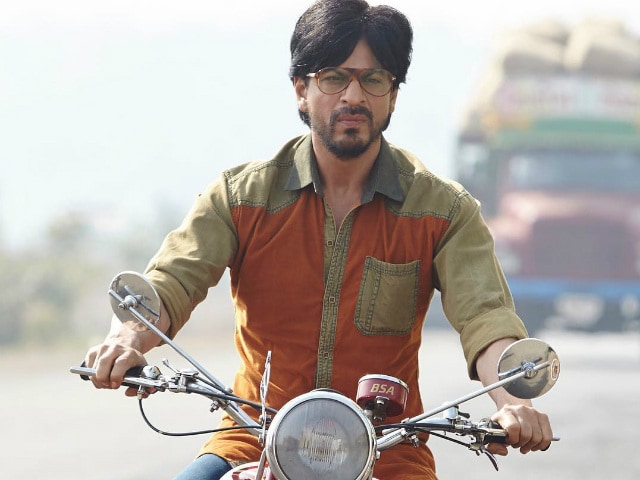 New Delhi: Shah Rukh Khan's new film Raees could not wait beyond a week's run at the theatres to exceed the 100 crore mark. The gangster drama has made Rs 103.50 crores, including collection figures for day seven, reported boxofficeindia.com. Raees collected a sum of Rs 5.25 crores on Tuesday - which is however, the lowest amount SRK's film has recorded so far. Raees released on Wednesday, a day ahead of Republic Day and recorded the highest footfalls on January 26 so far. Raees clashed with Hrithik Roshan's Kaabil when it released on January 25, and has continued to stay way ahead of Hrithik's crime thriller since Day 1.

According to boxofficeindia.com, Raees is expected to bring in around Rs 110 crores till Wednesday, following which Raees will witness a downhill journey. "The extended nine day week will be around 112 crore nett but the second week collections will not be good," predicted boxofficeindia.com.

Meanwhile, Kaabil is Rs 42 crores away from Raees with a score of Rs 61.50 crores, reports boxofficeindia.com. Shah Rukh and Team Raees celebrated box office crores with a party in Mumbai on Monday. As much as he is happy with the success of Raees, he said that Raees should not be compared to blockbusters like Aamir Khan's Dangal and Salman Khan's Sultan. "Why should we compare with only the last big hit, like Dangal and Sultan which are much bigger hits than perhaps this film can ever be. We know that. That comparison from outside, very good. From inside, we know the truth that there is a limit it will go to and if it reaches we will be happy," the 51-year-old actor told news agency PTI.

Promoted
Listen to the latest songs, only on JioSaavn.com
Watch the trailer of Raees here: