"I have shared an old pic to remind us, that it's not just 3 years of marriage but many years of building this relationship," wrote Radhika Pandit 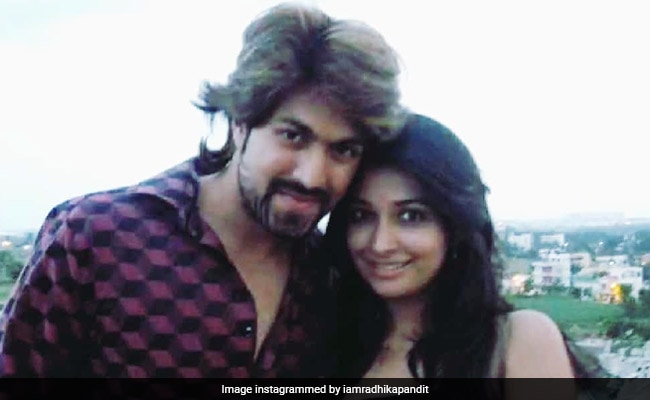 Radhika Pandit's wish for Yash is a blast from the past. (Image courtesy: iamradhikapandit)

Special occasions call for special pictures, right? That is exactly what Kannada star Radhika Pandit did on her wedding anniversary, on Monday. The 35-year-old actress shared a lovely throwback picture of herself with her husband Yash. Radhika dug out a million-dollar throwback picture on her Instagram profile and she accompanied it along with an equally lovely caption. In her post, she referred to Yash as her "soulmate" and wrote: "I have shared an old pic (sorry about the clarity) to remind us, that it's not just 3 years of marriage but many years of building this relationship. Happy anniversary to you, my soulmate."

As of now, Yash has not reacted to Radhika Pandit's post but we would love to see his response. Meanwhile, check out the post here:

I have shared an old pic (sorry about the clarity) to remind us, that it's not just 3yrs of marriage but many years of building this relationship!! Happy Anniversary to you my soulmate! #radhikapandit #nimmaRP

On their daughter Ayra's first birthday, Yash and Radhika Pandit posted special wishes on Instagram. Check out the posts here:

To the one who is a piece of my heart, a part of my soul HAPPY BIRTHDAY my angel #radhikapandit #nimmaRP

In October this year, Radhika Pandit and Yash welcomed their second child - a baby boy. The couple met on the sets of TV show Nandagokulandand they have worked together in films such as Drama, Mr And Mrs Ramachari and Santhu Straight Forward. They stepped into the Kannada film industry with the 2008 film Moggina Manasu. Yash and Radhika got married in December 2016 and they welcomed their first child Ayra in December last year.