"Yar, I am so jealous," commented Sayani Gupta 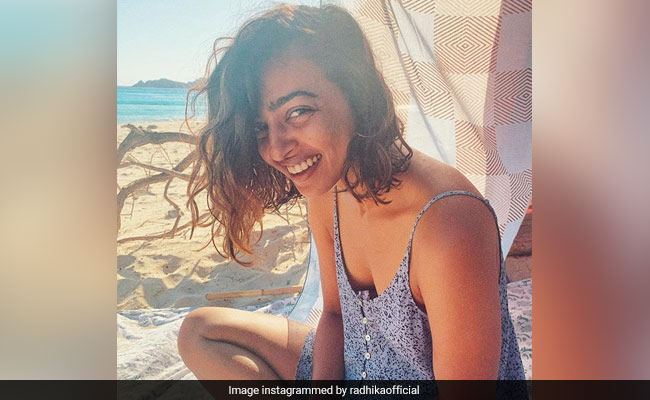 Actress Radhika Apte's latest beachside picture is making the Internet envious, including Sayani Gupta, who went on to comment on Radhika's latest post: "Yar, I am so jealous." Radhika, who is currently spending some quality time in Donoussa, Greece, added one more photo to her travel diaries and it is guaranteed to make you crave the beach. In the picture, Radhika can be seen looking at the camera with a book in front of her. She looks gorgeous in a blue printed outfit and needless to say, her smile stole the show on the Internet. Sharing the photo, the actress wrote: "Oranged" for her "beach tan" and added the hashtags #beachreading #sun #summer #afteradipinthesea and #beachhair.

And here's what Sayani Gupta commented:

Like we said above, Radhika Apte has been sharing photos from her Greece vacation on social media. A couple of days ago, she posted a picture of herself "chilling under the sun."

Before that, she shared photographs that captured the scenic beauty of Donoussa. Take a look:

In terms of work, Radhika Apte was last seen in the English film Liberte: A Call To Spy. She has also worked in critically acclaimed films such as Parched, AndhaDhun, PadMan, Kabali and Shor In The City. Radhika Apte has also starred in Netflix's Lust Stories and Sacred Games, in which she co-starred with Nawazuddin Siddiqui, Saif Ali Khan, Pankaj Tripathi and Aamir Bashir among others.