Radhika Apte On Illegally Released Sex Scene: Why Isn't It Being Spread In Dev Patel's Name?

"The film The Wedding Guest has many other beautiful sequences," said Radhika Apte 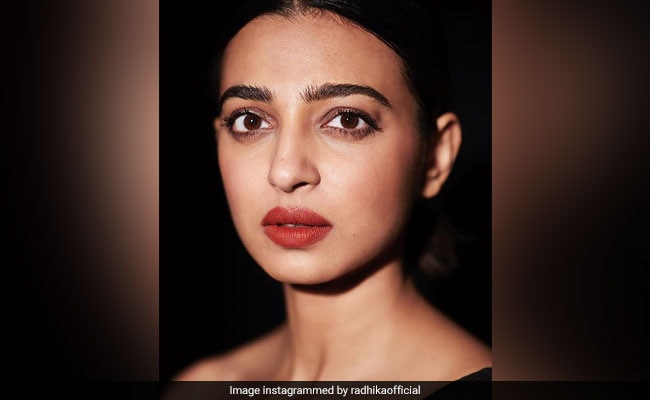 Actress Radhika Apte has blamed what she calls the 'psychotic mentality of society' after an intimate scene from her new film The Wedding Guest was illegally released online; she also questioned why the scene, which also features co-star Dev Patel, was being circulated in her name only. Radhika, known for her fearless choice of roles, spoke to Bollywood Life after hitting the headlines recently. "The film The Wedding Guest has many other beautiful sequences and the fact that one particular sex scene got leaked because of the psychotic mentality of the society," she said.

The 33-year-old actress also pointed out that the scene was being attributed to her, ignoring the presence of her male co-star. "The leaked sex scene featured both Radhika Apte and Dev Patel in it. But the scenes are being spread in my name. Why the pictures are not getting spread under the male actor Dev Patel's name," Radhika told Bollywood Life.

Radhika Apte's Parched co-star Adil Hussain made the same argument when an intimate scene from their film surfaced online in 2016. "It shows how sexually obsessed a lot of people in our society are. You leak only the sex scene and no other beautiful scenes from the film. It only shows that we are extremely obsessed about sex and yet we don't want to talk about it. The most interesting aspect is that the leaked videos is titled as Radhika Apte sex scene and not as Adil Hussain sex scene. That's because a man doing it is just another matter whereas when a woman does it, it does matter," he told Indian Express.

Radhika Apte, known for her work in films like AndhaDhun, Phobia, Ahalya and the web-series Sacred Games, said earlier in an interview with news agency IANS, "I am very comfortable doing intimate scenes. For an actor, scenes having intimacy or performing any kind of scenes, is a part of the job."

Other than Radhika Apte and Dev Patel, The Wedding Guest also features Jim Sarbh. The film is directed by Michael Winterbottom.