As of now neither Vicky nor Malavika have acknowledged their relationship. 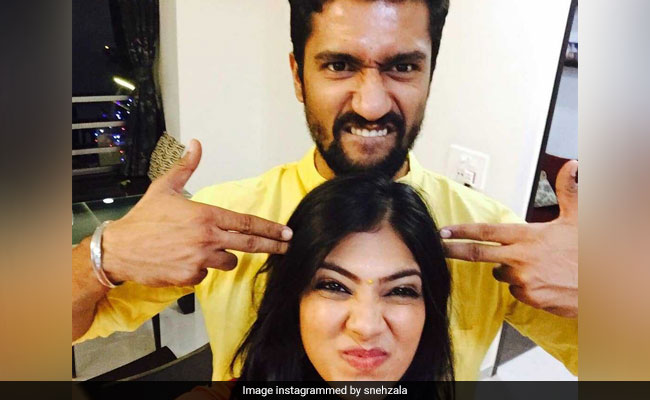 Vicky Kaushal might not have opened up about his current relationship status but Radhika Apte confirmed in an interview that the Manmarziyaan actor is not single and that he is dating a "lovely girl," reports Pinkvilla."Vicky is seeing this really lovely girl. He is so lovely. They should come out," Pinkvilla quoted Radhika as saying. Radhika Apte did not name the "lovely girl" but she did arouse our curiosity to a different level. Going by the recent gossip mills, Vicky Kaushal is reportedly dating Beyond The Cloud actress Malavika Mohanan. As of now, neither Vicky nor Malavika have acknowledged their relationship. However the duo have been frequently spotted together over the last few days.

Over the weekend, Vicky and his brother Sunny Kaushal had dinner with Malavika Mohanan and her family. A video surfaced on social media, in which the Uri actor could be seen taking cooking tips from Malavika's mother. This is what we are talking about:

@vickykaushal09 takes cooking tips from @malavikamohanan_ 's mother. Also his plate is empty as he is on a diet while @sunsunnykhez and Malavika enjoy their dinner . . . #malavikamohanan #malavika #vickykaushal #sunnykaushal #bollywood #tollywood

That's not it, a few weeks ago, Vicky shared a video on his Instagram profile, in which he wrote "Life's a Mani Ratnam film after a wholesome South Indian meal on a Sunday afternoon! Thank You Malavika Mohanan. ICYMI, this is the video we are referring to:

Vicky Kaushal will next be seen in Meghna Gulzar's film, which is based on Field Marshal Sam Manekshaw's life. He also has the Udham Singh biopic, Bhoot Part One: The Haunted Ship and Takht in the pipeline.

On the work front, Malavika Mohanan will next be seen in the Telugu film Hero. Malavika was last seen in the Tamil film Petta, starring Rajinikanth. The actress also starred in Majid Majidi's Beyond The Clouds opposite Ishaan Khatter.