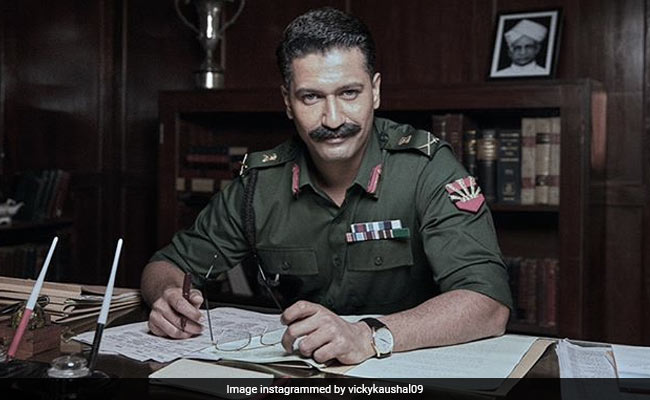 Vicky Kaushal occupied a top spot on the list of trends on Thursday after the first look from his forthcoming film, which is based on the life of Field Marshal of India Sam Manekshaw, was released by the makers on social media.The 31-year-old actor looks almost unrecognizable in the look. Vicky can be seen dressed in a uniform and he sports a moustache in the picture. Vicky shared the news of his association with the project by posting a picture on social media and he wrote: "I feel honoured, emotional and proud of getting a chance to unfold the journey of this fearless patriot, the swashbuckling general, the first Field Marshal of India- Sam Manekshaw. Remembering him on his death anniversary today and embracing the new beginnings with Meghna Gulzar and Ronnie Screwvala."

The makers of the film decided to reveal the first look of the film on Sam Manekshaw's death anniversary on Thursday. The film's director Meghna Gulzar wrote: "A soldier's soldier. A gentleman's gentleman. In remembrance, on the death anniversary of Field Marshal Sam Manekshaw. It is my honour to tell the story of one of India's greatest war heroes, with Vicky Kaushal essaying the historic man."

I feel honoured, emotional and proud of getting a chance to unfold the journey of this fearless patriot, the swashbuckling general, the first Field Marshal of India- SAM MANEKSHAW. Remembering him on his death anniversary today and embracing the new beginnings with @meghnagulzar and #RonnieScrewvala. @rsvpmovies

Speaking to news agency PTI earlier, Megha Gulzar said that the film will delve into the life of Field Marshal Sam Manekshaw but it is a not a biopic. "The film on Field Marshal Manekshaw is not a biopic. I'm looking at the man, his life and his times. I'm way over my head over here (the story)," she said.

Sam Manekshaw was the Chief of Army Staff of the Indian Army. He commanded the Indian forces during the India-Pakistan 1971 war. He was also the first Indian officer to be promoted to the rank of a field marshal.

This is not the first time that Meghna Gulzar and Vicky Kaushal will collaborate for a project. The duo have earlier worked together in the 2018 hit filmRaazi,  also starring Alia Bhatt, in which Vicky played the role of a Pakistani army officer.