"In the film with Deepika on acid violence, I'm using Laxmi Agarwal as a subject because she is the most known acid fighter" 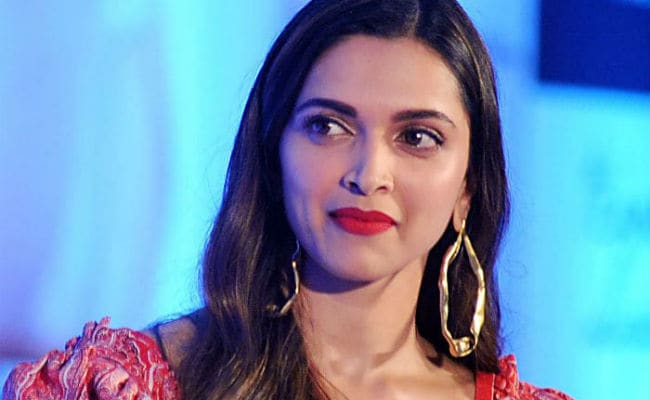 Filmmaker Meghna Gulzar, who is set to direct a film on acid attack survivor Laxmi Agarwal, says the movie is an attempt to explore a larger story on acid violence in the country through the real life subject. Deepika Padukone will be playing the lead role in the film, which marks the actor's first stint into production. Meghna says Laxmi's case is the most revealing example of how India's law, medicine and administration machinery came together for justice. "In the film with Deepika on acid violence, I'm using Laxmi Agarwal as a subject because she is the most known acid fighter. Plus her case and her story has been the most relevant in terms of where legislation on acid violence, medical advancement, compensation for victims and things like that was concerned," the director told PTI in an interview.

"There was a whole socio-medical and legal impact that her case had. Therefore, I am using her as a lens to tell a larger story on acid violence in India because even though acid is banned and the sale of acid is regulated in our country as of five years now, we still have acid attacks. It is still the simplest thing to get in a 'kirana' store in a tier-3 city," Meghna added.

In 2005, while Laxmi was waiting at a bus stop in Delhi, she was attacked by an assailant, a man twice her age, known to her family and an unlikely suitor whose advances she had declined.

The film will showcase her journey in the time after her attack spanning a decade, a significant part of the story is the game-changing PIL in the Supreme Court which inspired the amendment on acid laws in 2013. Meghna is not new to recreating real life stories on the big screen, having made Talvar, a critically-acclaimed film on 2008 Aarushi-Hemraj twin murders of Noida and this year's Raazi, which is based on a book inspired by a real-life account of a female spy.

The director has another project that will delve into the life of Field Marshal Sam Manekshaw but it is a not a biopic. "The film on Field Marshal Manekshaw is not a biopic. I'm looking at the man, his life and his times," she says, adding with a heavy sigh, "I'm way over my head over here (the story)," she explained.

Meghna does not like being called a female filmmaker but says the concept of "male gaze" is relevant in cinema. She says every story has to be told from a certain perspective: case in point her film Talvar, which, she believes, required a male gaze.

"And I was a woman telling the story. It's the most masculine film I've ever made, there's no room for emotion. There's one female character in that movie which is Konkona and the girl who comes only for a few seconds at the end of the film. Everything was about male gaze so even when you're staging a scene you've to go into the mind of all the different male characters. How would they stand, how would they react, how would they react to each other. What would their response be, what would their posture be?" she said.

Meghna says she was careful in not taking sides with the story that became a tabloid fodder. And yet she wanted to give it a moral compass.

"With Talvar, I said, 'I'm being objective'. I'm telling you both sides of the story but when I put that video footage at the end of the film which showed the only time that the girl was alive. That was my moral compass that I was leaving you with, that okay this is actually what happened, these two people died," she said.