Read inOther Languages
This Article is From Jun 10, 2019

First Look Of Bhoot: Part One - The Haunted Ship: Vicky Kaushal's Terrorised Face Will Give You Nightmares 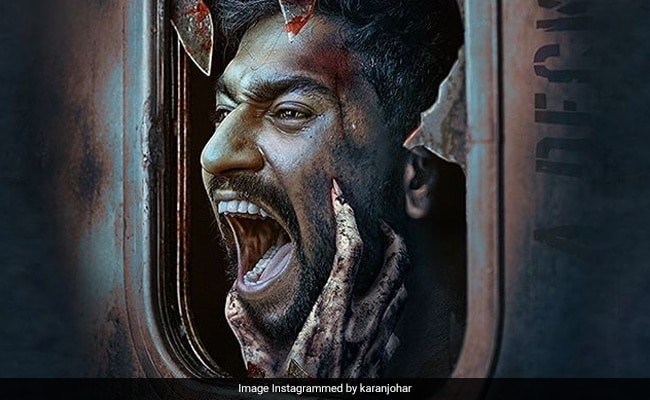 Filmmaker Karan Johar on Monday announced his first horror franchise titled Bhoot: Part One - The Haunted Ship, which features Vicky Kaushal and Bhumi Pednekar in lead roles. The filmmaker shared the film's poster, in which a terrified Vicky Kaushal can be seen screaming against a window as a woman's hand grabs his face. "Presenting Bhoot: Part One - The Haunted Ship, the first in the franchise, starring the supremely talented Vicky Kaushal, directed by Bhanu Pratap Singh. Sailing towards you on November 15, 2019," he captioned the post. Karan Johar-led Dharma Productions also shared some glimpses of the film.

However, the biggest shout out for Karan Johar's horror film came from Ram Gopal Varma, who made 2003 film Bhoot, which can still send chills down the spine. "Hey Karan Johar, the poster is looking WOW! Can't wait to see the intense Vicky Kaushal in this genre." Karan Johar replied: "Thanks for your generosity Ramu....Means a lot to all of us at Dharma movies."

But first take a look at the poster of Bhoot, starring Vicky Kaushal:

Presenting #Bhoot : Part One - The Haunted Ship! The FIRST in the franchise, starring the supremely talented @vickykaushal09, directed by @bhanu.singh.91. Sailing towards you on 15th November, 2019. @apoorva1972 @shashankkhaitan @dharmamovies

Thanks for your generosity Ramu....Means a lot to all of us at @DharmaMovies#Bhoothttps://t.co/PZFDEnb1Ge

Here are some glimpses of Bhoot, through which it appears that Vicky Kaushal plays a labourer who is tasked with destroying a worn out ship. But an unnatural force steps in between. Here's the tweet from Dharma Productions.

More details about the film are awaited.