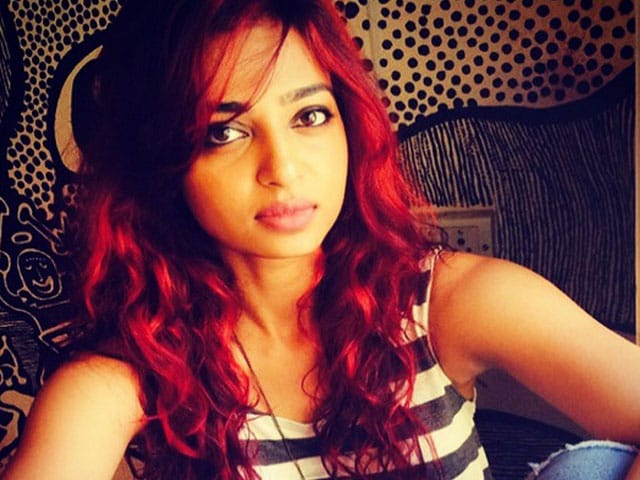 This image was posted on Instagram by Radhika Apte

Chennai: It's confirmed. The Ahalya sensation, Radhika Apte, would indeed be the lucky girl to share screen space with our Superstar in the untitled Ranjinikanth project. (Also Read: Radhika Apte is Rajinikanth's Heroine in His 159th Film)

Some of Rajini's lead ladies in the past have had terrific performance oriented roles like Ramya Krishnan in Padayappa, Jyothika in Chandramukhi and Aishwarya Rai in Endhiran, while some others have just been there for the song and dance routine.

Radhika has revealed that she would be playing a powerful and challenging character in the film, that wouldn't require her to be just a glam-doll. It is believed that Rajini who would be playing an ageing gangster in the movie, would attempt an image make-over to do content oriented roles.

The film produced by Kalaipuli S Dhanu also features Attakathi's Dinesh and Madras's Kalaiarasan in supporting characters. The shoot is expected to begin in Malaysia in September.