Radhika Apte: Appetite for Sex as Normal as For Food 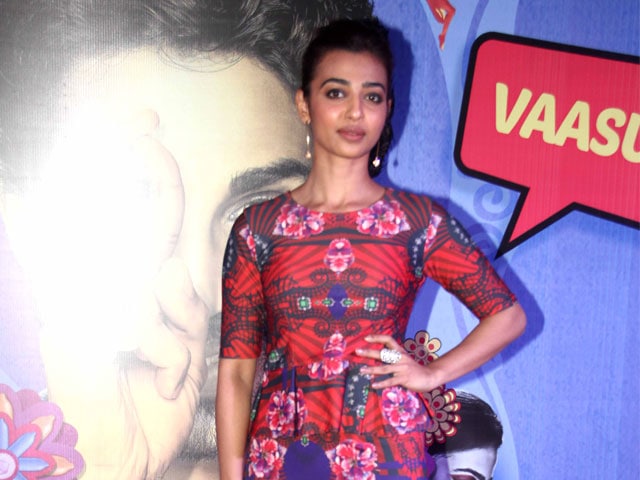 Radhika Apte at a special screening of Hunterrr

Actress Radhika Apte, who will be seen in a film about a sex addict, feels that having an appetite for sex is as normal and healthy as it is for food. Only, it is made out to be a "big thing" in India, she says.

"I think in our country in general, to have an appetite for sex is considered a big thing. But having an appetite for sex and food is equally normal and healthy," Radhika, whose forthcoming film Hunterrr releases on Friday, told IANS during a visit here.

In the film, her co-actor Gulshan Devaiah will be seen playing the role of Mandar Pokshe, a man obsessed with sex.

Radhika said that society looked at a "bigger sex appetite" as a "bad thing".

"I think to have a bigger sex appetite is not a bad thing at all and anyway, bigger and smaller compared to who, is another question," she said, adding that since so little is spoken of sex openly in India, one doesn't really know that "the other person who says something, goes home and has sex how many times," she said.

Talking about Gulshan's character, Radhika said that he was not someone who forced anyone or passed sleazy comments or jokes. "He is just someone who likes to be with different women and have mutual consensual sex," she added.

The actress further revealed that though the posters and trailer of Hunterrr suggested that it was an adult comedy, but the film was genuinely a simple love story.

Promoted
Listen to the latest songs, only on JioSaavn.com
"It depends on the context of the film, who is directing it, why is the scene necessary and all other things. You cannot generalise it. It is just my perspective. It just depends what is the the context (of the scene)," she added.

Hunterrr has been directed by Harshavardhan Kulkarni.