Salman Khan gave a big shout out to Allu Arjun, who featured in the Telugu version of Seeti Maar 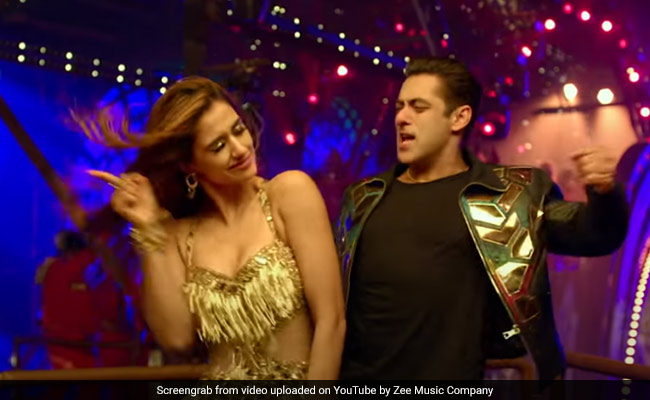 Salman and Disha in a still from Seeti Maar. (courtesy YouTube)

Just a week after the release of Radhe: Your Most Wanted Bhai trailer, the makers shared the first song from the film and it is titled Seeti Maar. In case you are thinking the song sounds familiar, you are right. It is a Hindi rendition of the popular Telugu song of the same name that featured Allu Arjun and Pooja Hegde. The new video features Radhe: Your Most Wanted Bhai stars Salman Khan and Disha Patani. Salman Khan added his own signature style to the peppy track and we bet you won't be able to take your eyes off Disha Patani in the video. She looks simply stunning. The track has been sung by Kamaal Khan and Iulia Vantur and the lyrics are by Shabbir Ahmed.

Meanwhile, Radhe star Salman Khan gave a big shout out to Allu Arjun, who featured in the original video and he wrote on Twitter on Monday: "Thank you Allu Arjun for Seeti Maar absolutely loved the way you have performed in the song, the way you dance, your style, you are simply fantastic. Take care and be safe. Regards to your family. Love you brother."

Thank u Allu arjun for seeti maar absolutely loved the way u have performed in the song, the way u dance, your style, u r simply fantastic.. tk care n b safe. Rgds to ur family .. love u brother @alluarjun#SeetiMaarhttps://t.co/St8cWOmNKX

Radhe has been directed by Prabhu Deva. The film marks the third collaboration of Salman Khan and Prabhu Deva after hits like Wanted and Dabangg 3. The film also stars Randeep Hood and Jackie Shroff in pivotal roles. The film has been backed by Salman Khan's production house Salman Khan Films. The film is slated to release on May 13 in theatres as well as streaming platform Zee5.