Applauding the trailer of Radhe: Your Most Wanted Bhai, the actor gave a shout out to daddy Jackie 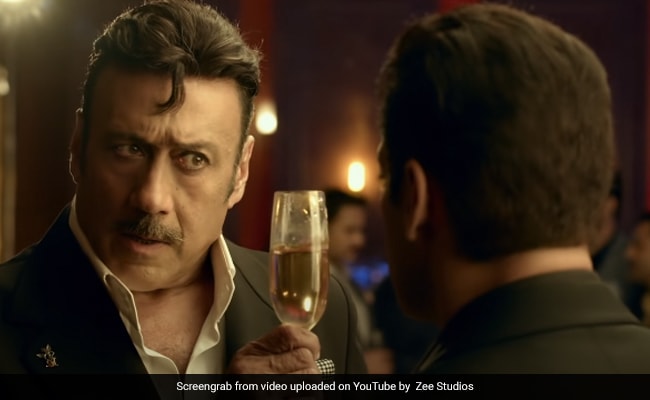 Jackie Shroff in a still from Radhe trailer (Courtesy YouTube)

Tiger Shroff hardly ever misses out on an opportunity to praise his father, Jackie Shroff. On Thursday, the actor shared a screenshot from his father's upcoming movie, 'Radhe: Your Most Wanted Bhai', which features Salman Khan and Disha Patani, on his Instagram Stories. He captioned it, "Still the most handsome hero". The next one was followed by a still of his rumoured girlfriend Disha, in which he wrote, "Congrats d on the smashing trailer, looking great". In the last of his Instagram Stories, Tiger put up a still of Salman and congratulated the actor on his upcoming outing. 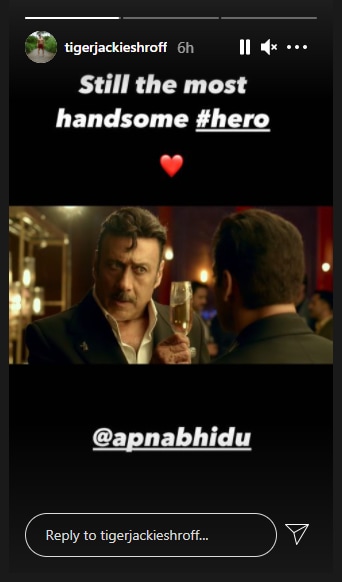 The trailer of Radhe: Your Most Wanted Bhai was unveiled on Thursday and has the quintessential elements of every Salman Khan movie - high-octane action, groovy music and punchy dialogues. There has been speculation over Radhe's release date, especially in the backdrop of the second wave of COVID-19 pandemic. Reports suggested that the movie would drop on OTT platform, but theatre owners had appealed to Salman to reconsider the decision. Now, however, it has been confirmed that the film will simultaneously hit the theatres and be released on a popular streaming platform on May 13, coinciding with Eid.

Disha, too, shared the trailer on her Instagram feed and wrote, "Your wait is over! Presenting the trailer of Radhe: Your Most Wanted Bhai See you this Eid..."

The movie is directed by Prabhu Deva and has Salman essaying the role of a not-so-usual-police officer, Radhe. Disha is his love interest, and her character is called Dia. Jackie Shroff plays the role of Dia's brother. Randeep Hooda is the antagonist in the movie. Salman and Prabhu Deva have earlier worked in movies such as Wanted and Dabangg 3.

Talking about her experience of working in the movie, her second with Salman after Bharat, Disha had said earlier this year that that she was "intimidated" initially, but had a great time working him.

While Jackie Shroff and Disha are gearing up for Radhe's release, Tiger is prepping up for Heropanti 2. The actor recently finished shooting for the film amid lockdown. It has Tara Sutaria playing the female lead. He will also be seen in 'Baaghi 4'.

Tell us what you feel about the trailer of Radhe: Your Most Wanted Bhai'.