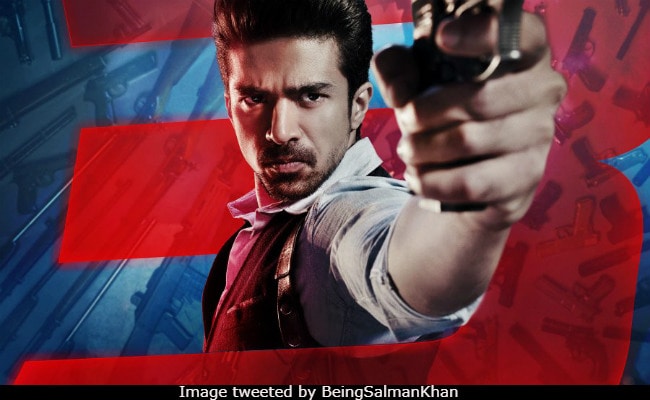 New Delhi: The Race 3 cast has an "angry young man" on the list - it's Saqib Saleem, who plays Suraj in the movie. Salman Khan, who makes his debut in the Race series of films with the third part, introduced his co-star on Friday and this is what he wrote: "Suraj: the angry young man." Saqib Saleem totally agreed with the superstar's review of his character and added: "As fiery as the sun, Suraj hoon mai get ready to burn!" Just like the previous installments in the Race franchise, the third part also comes with an ensemble cast but with new inclusions and only a couple of Race franchise regulars returning. More on that later but first, presenting the first look of Saqib Saleem from Race 3.

As fiery as the sun, Suraj hoon mai get ready to burn. #Suraj!! #Race3#Race3ThisEidhttps://t.co/6fKFmyxndy

In Race 3, Salman Khan has replaced Saif Ali Khan as the protagonist while Anil Kapoor returns with his signature Race character. "Who better than Salman Khan for this? I wish both of them luck," Saif had earlier told news agency PTI.

Salman plays the role of Sikander, who is "selfless over selfish." Jacqueline, who joined the franchise in the second part, will be seen as the feisty Jessica, a raw agent. Wait, there's more. Bobby Deol is the "main man Yash" said Salman, who introduced his Race 3 first look earlier this week. Daisy Shah also joins the stellar cast: "Sizzling Sanjana waiting to explode," Salman introduced her on Thursday.

Promoted
Listen to the latest songs, only on JioSaavn.com
This is how the Dabangg Khan teased us with the Race 3 logo:

Not just the cast but Race 3 has also made way for a new director - Remo D'Souza will helm the third part while the first two films were directed by filmmaker duo Abbas-Mustan. Race 3 is scheduled to hit screens on Eid this year.