Race 3: Salman Khan, Jacqueline Fernandez Schooled On Consent After Boy Was Made To Hug Actress

"Expected better from you," Jacqueline and Salman were told 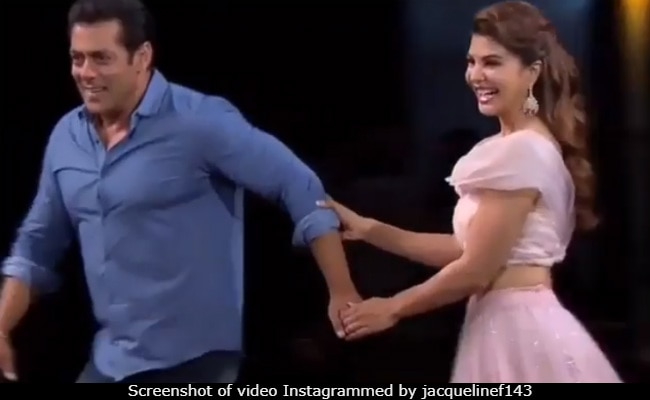 New Delhi: The Internet is seriously upset with Salman Khan and Jacqueline Fernandez for "not understanding the importance of consent" after they appeared to playfully tease a young participant on dance reality show Dance Deewane recently. Jacqueline recently Instagrammed a short glimpse of the show, in which she and her Race 3 co-star Salman can be seen interacting with an adorable participant, who said he doesn't want to be hugged by Jacqueline Fernandez but eventually had to on Salman's insistence. Sometime later in the video, Jacqueline can be seen signing off from the stage with a tummy rub to the little dancer on stage, who was also asked by Salman to give one last parting hug.

Jacqueline shared the video with the caption: "Kids usually love me, this boy was an exception.. at least I got my hug in the end," and her Instafam is furious about it. "Wow. I wish you understood the concept and importance of consent irrespective of age and gender Jacqueline and Salman," read a comment while another one sarcastically added: "Consent be damned."

Here are some of the other comments with which netizens attempted to enlighten Jacqueline and Salman about consent. "Hey, heard about this thing called consent? It's not something only girls should have, and not something only adults should have. Can you imagine how awkward this would be if a female participant refused to hug Salman and he still went for it? And rubbing his tummy, for God's sake? You're making him uncomfortable on national television," said one user while another added: "How is this okay? It is important to teach children that their body is theirs and consent is important. The kid is totally uncomfortable. Expected better from you."

Kids usually love me, this boy was an exception.. at least I got my hug in the end #dancedeewane @beingsalmankhan @madhuridixitnene @anilskapoor

Promoted
Listen to the latest songs, only on JioSaavn.com
Earlier this year, singer Papon apologised after he was spotted kissing an 11-year-old girl in a Facebook live video. Papon, who also added that he was "victimized for no fault", was seen requesting someone to edit the footage in the same video. The young girl was on the team of Voice India Kids, which Papon was mentoring.

Salman Khan and Jacqueline Fernandez were also accompanied by their Race 3 co-star Anil Kapoor on the show, where they were promoting their upcoming film. Shashanka Khaitan, Tushar Kalia and Madhuri Dixit were also spotted on the panel of judges.
Comments
jacqueline fernandezsalman khan