Race 3: Salman Khan's 'boss' in the film is Anil Kapoor 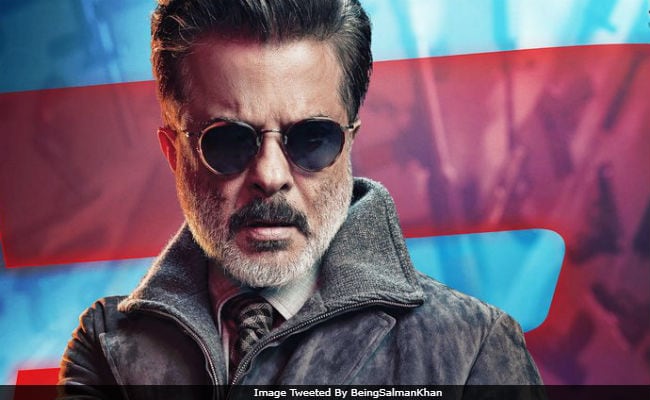 New Delhi: Salman Khan's 'boss' in Race 3 is Anil Kapoor. The superstar just introduced Anil Kapoor's character form the film and presented him as, "Shamsher: Bhai ji humre boss." The makers of Race 3 have been introducing the character posters of the cast on social media since last week and today's pick is Anil Kapoor. He is the only actor from the previous two Race films to be a part of Salman's Race 3. "When the boss introduces you as the boss," wrote Anil Kapoor while re-sharing Salman's tweet while director Remo D'Souza introduced him as, "The boss of all races." Anil Kapoor played a cop in the previous two installments of Race.

When the boss introduces you as the boss!! @BeingSalmanKhan@SKFilmsOfficial@tipsofficial#Race3ThisEid#Race3https://t.co/bX69PhLy0Z

The boss of all races. @Anilkapoor#Race3ThisEid#Race3https://t.co/nLuenDJ0Bn

Salman Khan and Anil Kapoor have previously worked together in films such as Biwi No 1, No Entry, Yuvvraaj and Salaam-E-Ishq.

Rana: Bad is an understatement . #Race3#Race3ThisEid@Freddydaruwala@SKFilmsOfficial@TipsOfficialpic.twitter.com/8u22LtW2BQ

Promoted
Listen to the latest songs, only on JioSaavn.com
The previous two Race films were directed by Abbas-Mastan and Saif Ali Khan played the lead role. "Who better than Salman Khan for this? I wish both of them luck," Saif had earlier told news agency PTI. Meanwhile, it is Jacqueline's second Race film. "The entire team (of Race 3) is very rocking and we are having a great time. We are very psyched about the action we will be doing and the twists and turns in the film," she told IANS. Jacqueline met with a minor accident on the sets of Race 3 in Abu Dhabi.