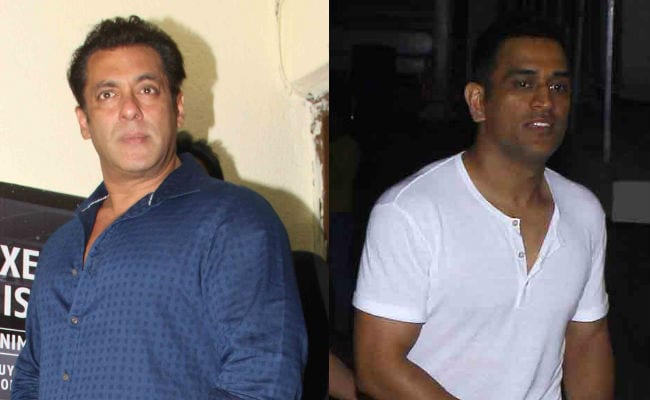 Salman Khan and MS Dhoni at the screening of Race 3.

New Delhi: Salman Khan's Race 3 is set for release come June 15 (which is just two days, yay!) but before that the Race 3 family watched the film together with their close friends and relatives on Tuesday. At a special screening in Mumbai, Salman Khan invited cricketer MS Dhoni and his wife Sakshi for a preview show of his film. Salman Khan and Dhoni are close friends after all the later also attended Salman's 52nd birthday bash in December last year (which was on the same night as the reception of his colleague Virat Kohli). Salman Khan's other guests at last night's screening was his brother Sohail and his wife Seema, who came along with their son.

Promoted
Listen to the latest songs, only on JioSaavn.com
Here are pictures from last night's screening:

Team Race 3 at the film screening 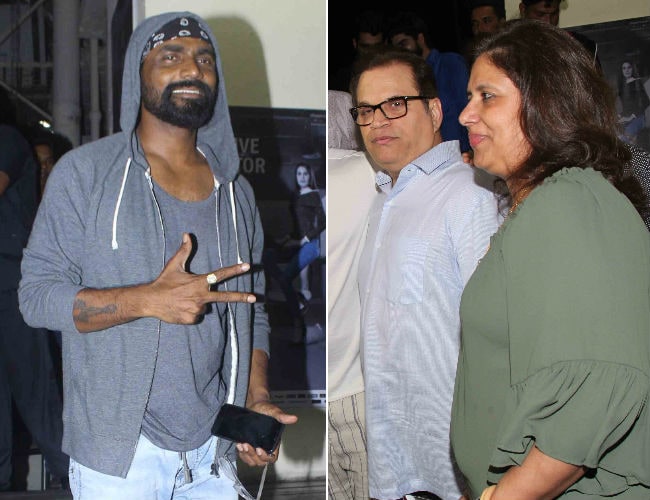 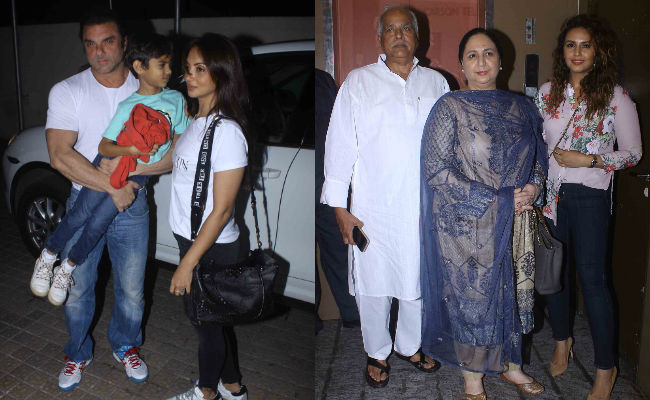 Meanwhile, Race 3 is set on a record-breaking spree even before its release. mid-day earlier reported that the filmmakers signed Rs 130 crore deal for the satellite rights of the film, which is the highest amount given to a Bollywood film till date - beating Aamir Khan's Dangal. In addition, the producers have also recovered the entire production cost.

Action lies at the heart of Race 3, which promises some state-of-the-art stunts and high octane fight sequences. The action sequences in Race 3 are all genuine and without any special effects. Team Race 3 have given their best to make the film, which will open in theatres worldwide in two days.