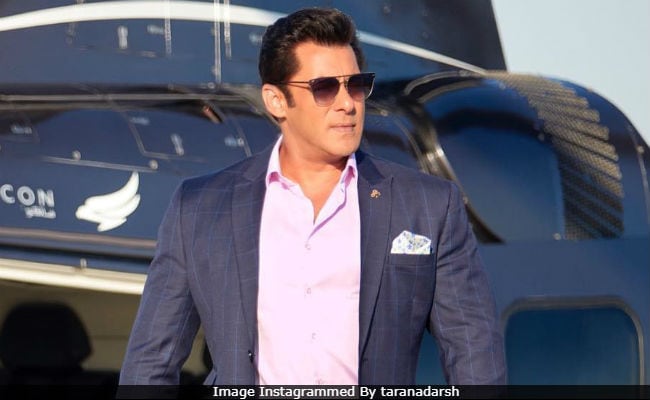 It's been a good first half for Bollywood, especially for the ladies as Raazi and Veere Di Wedding left the stars and fraternity stoked with their success at the box office. Salman Khan too has a reason to flex his muscles. Despite mixed reviews, Race 3 is all set to cross the 300-crore mark worldwide, after the successful run of two weeks at the box office. The action-thriller raced to an incredible Rs 170 crores at the domestic box office within two weeks of its run. In India alone, the film has emerged as the highest-grossing film, after Deepika Padukone's "Padmaavat."

Apart from the incredible box office success, the Remo D'Souza-directed film has fetched another 200 crore from satellite, digital, music and ancillary rights.

Race 3 was a risky venture for Salman Khan, who was the actor, co-producer and as well as the distributor for the film. And, the film's success has only made him more 'Dabangg.'

Currently on Dabanng Reloaded Tour, Salman had tweeted a thank you message for all his fans, who made Race 3 a hit.

I thank every 1 who has gone to see #Race3 in the theaters n each n every 1 individually for watching race n glad that u have liked n appreciated every 1s effort that was put in the movie. God bless sukhi raho n keep watching means a lot.https://t.co/5Yd2Dhkywp#Race3InCinemas

Promoted
Listen to the latest songs, only on JioSaavn.com
Salman Khan's next film is Ali Abbas Zafar'sBharat, which will also star Priyanka Chopra. Salman and Priyanka have worked together in his Mujhse Shaadi Karogi, Salaam-E-Ishq and God Tussi Great Ho.

Bharat is expected to hit the screens next year ion Eid.