Alia Bhatt's Raazi has so far earned Rs 104.32 crore at the box office 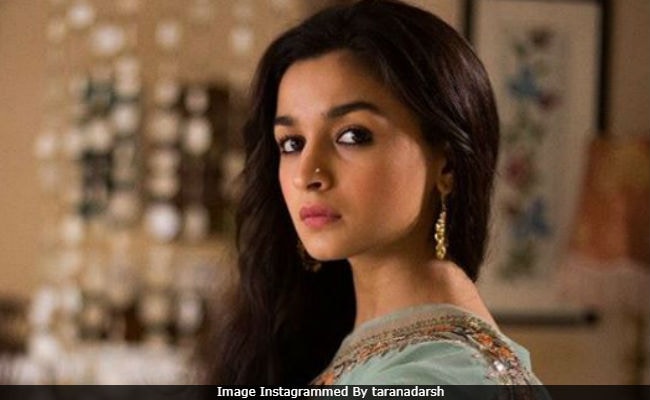 New Delhi: Alia Bhatt's Raazi scored a century at the box office on Monday. The overall collections of Raazi as of now is Rs 104.32 crore. Alia Bhatt, who received rave reviews her performance as Sehmat, an Indian spy, said that with the success of Raazi, she needs to be more responsible with her choice of films, reports mid-day. "The numbers show that the audience connected with the content in a big way. I feel a sense of validation and gratitude. But with success, comes responsibility too. With this, I feel I need to be more responsible in my choices henceforth," she said.

Raazi is Alia Bhatt's third film to enter the 100 crore club. 2014's 2 States and last year's Badrinath Ki Dulhania are her other two films with over Rs 100 crore earnings. However, Alia Bhatt said that a film's box office returns doesn't affect her criteria for choosing a project. "If I start taking these factors into account, it will affect my decision-making process when I am choosing a film. I have never thought about it in the past and I don't expect to do it in the future," she told mid-day.

A moment during the making of Raazi. Words cant do justice for the gratitude we feel for all the love you've given our little film! Raazi is a week old & lifetime proud, but for us it'll always be our little baby

Promoted
Listen to the latest songs, only on JioSaavn.com
The plot of Raazi, directed by Meghna Gulzar, revolves around the year 1971 (Indo-Pak war). It is based on Harinder Sikka's novel Calling Sehmat. In the film, Alia's character Sehmat is married to a Pakistani army officer, played by Vicky Kaushal.

Raazi was Alia Bhatt's first release of this year. She will next be seen in Zoya Akhtar's Gully Boy, co-starring Ranveer Singh. She also has Brahmastra with Ranbir Kapoor in the line-up.