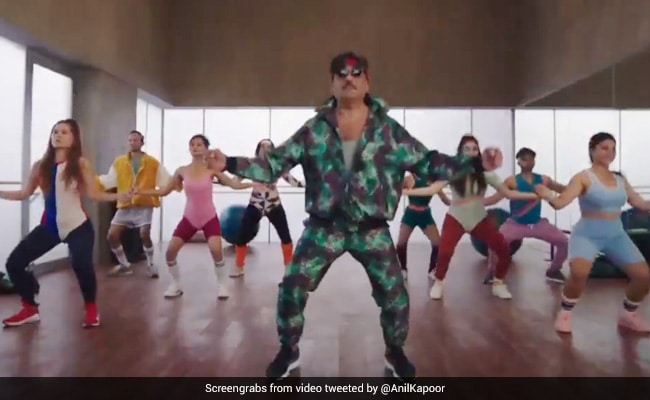 Jackie Shroff in a still from the video. (courtesy anilkapoor)

We can't get past Anil Kapoor's reaction to an advertisement that features his Ram Lakhan co-star Jackie Shroff. The actor recently featured in advertisement of a credit card bill payment app, in which he can be seen doing zumba. "Atirikt zumba," the

How did you make it through the auditions? https://t.co/BuVUOkU8iU

Jackie Shroff's upcoming project is Radhe: Your Most Wanted Bhai, which stars with his Bharat co-stars Salman Khan, Disha Patani. The film also features Randeep Hooda. He was last seen in Mumbai Saga.