Wait, Are Anil Kapoor And Jackie Shroff Planning A Film? They Just Might Be

"Jackie Shroff, get ready for our next together... team working on it," wrote Anil Kapoor in the comments section of his latest post 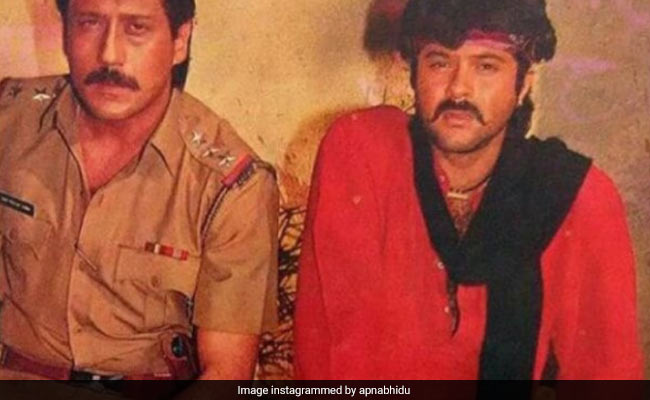 You might see the amazing chemistry of Ram Lakhan aka Jackie Shroff and Anil Kapoor once again onscreen. The Malang actor dropped a hint about their upcoming project in the comments section of his latest Instagram entry. The 63-year-old actor, on Sunday, posted a video of himself sprinting on the beach in Alibaug and wrote: "Fitness always comes first...It's not about the location but about the dedication." Reacting to his post, when Jackie Shroff commented: "Bhidu bhari" with a fire emoji, Anil Kapoor replied: "Jackie Shroff, get ready for our next together... team working on it." Pretty excited, right?

Sharing a screenshot of their Instagram exchange on Monday, Jackie Shroff captioned it: "Eagerly waiting, my Lakhan." He also shared a video of himself giving a thumbs up to the yet-to-be-announced project.

And here's what Anil Kapoor shared on Sunday:

During the lockdown I was dreaming about the beach...dreaming of escaping...finally I get to the beach and my trainer @marcyogimead, makes me sprint...fitness always comes first...It's not about the location but about the dedication... @marcyogimead

It has been reported that Anil Kapoor and Jackie Shroff's upcoming be titled Ram Chand Kishan Chand.

Anil Kapoor will next be seen in Karan Johar's Takht. Jackie Shroff, on the other hand, has a couple of films lined up like Sooryavanshi, Mumbai Saga and Radhe: Your Most Wanted Bhai.