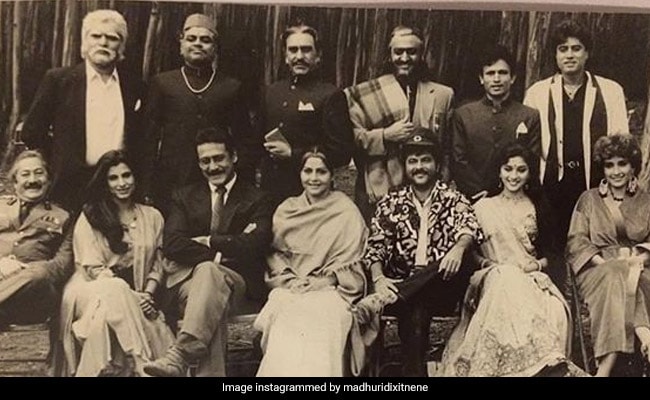 Meanwhile, Karan Johar and Rohit Shetty will bring back the film on the big screen again. Karan Johar in 2014 had announced that he will collaborate with Rohit Shetty and Mukta Arts (owned by Subhash Ghai) to revamp the 1989 film.

Madhuri Dixit is a fan of throwback photos and the actress often treats her Instafam with million dollar pictures from the past? Or the photograph of herself from a photoshoot in the late Nineties or early Twenties?

Madhuri shared a photo on her Instagram timeline and captioned it: "How wonderful it feels, to look back at such priceless moments of pure happiness." The Internet couldn't miss Madhuri's striking resemblance with Madhubala in the picture.

On the work front, Madhuri Dixit is part of Netflix's upcoming Mowgli film, titled Mowgli: Legend Of The Jungle, in which she is voicing the character of Mowgli's wolf mother Nisha. She is alsopart of Abhishek Varman's Kalank, which also stars Alia Bhatt, Varun Dhawan, Sonakshi Sinha and Aditya Roy Kapur.