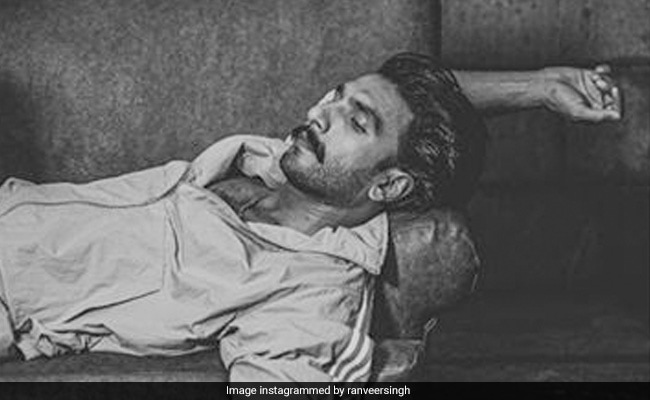 We know what's been keeping Deepika Padukone busy when in self isolation at home. Now, it's Ranveer Singh's turn to share glimpses of his routine during quarantine. Looks like the Gully Boy actor has been going through photo albums and cherishing old memories, some of which he shared with his fans on Instagram. Did you know Ranveer Singh was in a play before he made his Bollywood debut? The 34-year-old actor shared a poster of an English play named Carry On At The Keyhole, which he was part of in 2009. "Rummaging through my pictures. Found this gem. I'll never forget these days," he captioned the post. Ranveer features on the poster along with actors such as Darshan Jariwala, Kamalika Guha Thakurta, Charudatta Bhagwat, Sanchi Peswani, Payal Kapoor, Satbir Ahluwalia and Kodak. Ranveer eventually stepped into Bollywood with Yash Raj Films' Band Baaja Baaraat.

Can you spot Ranveer Singh in the poster?

That's not the only throwback that made it to Ranveer's Instagram last night. He shared one from his family album, also featuring his sister Ritika, and to make this point: "Chill at home." How cute are these baby versions of Ranveer and his sister?

Rummaging through my pictures. Found this gem I'll never forget these days

Last but not the least, a glimpse of Ranveer Singh's "Laid back lyfe" here. Wow. Isn't he handsome?

Ranveer Singh has wrapped the shooting of two of his upcoming films '83, which was scheduled to hit screens on April 10 but has been postponed now, and Jayeshbhai Jordaar, which is slated for October 2 this year. Ranveer also has Karan Johar's Takht in the line-up, the shooting of which is yet to begin.

The Time Is "Tan O'Clock" For Rakul Preet Singh. Need We Say More?