Ranveer Singh's '83 Release "Put On Hold" Because Of Coronavirus

'83, which co-stars Ranveer's wife Deepika Padukone as Romi Dev, was meant to release on April 10. 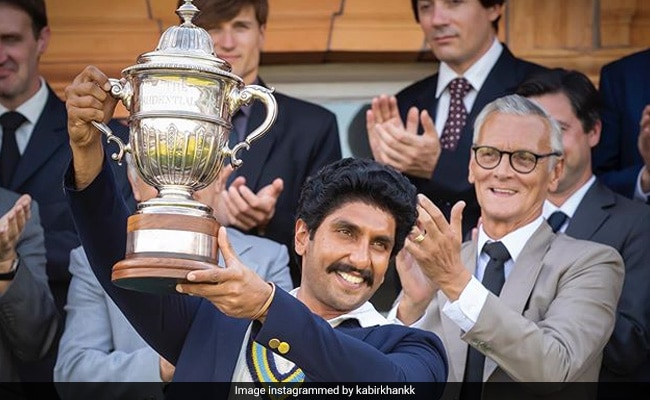 Ranveer Singh's upcoming film '83 is the latest to have postponed its release as the country braces itself against the Coronavirus. '83, based on India's World Cup win in 1983, stars Ranveer as skipper Kapil Dev and is directed by Kabir Khan. A statement posted on social media by both director and actor read: "In the wake of the risks posed by the recent outbreak of Covid-19 and the growing health concerns, the release of '83 has been put on hold. We will take a decision regarding the next course of action once the conditions return to normal. We urge our fans to take all the necessary precautions and take care of their loved ones. '83 is a film about fighting the odds and we hope we all will bounce back from this soon."

The Coronavirus pandemic has shut down several ongoing film and TV projects. Completed movies like Akshay Kumar's Sooryavanshi and the new James Bond instalment No Time To Die were among the first to delay their releases. Karan Johar's Dharma Productions, the Ekta Kapoor-owned Balaji banners and others have suspended work. The Producers' Guild has set up a relief fund to help out the industry's lower-rung and daily wage workers.

A handful of celebrities have tested positive for the Corovirus, among them Tom Hanks and wife Rita Wilson, Idris Elba, Game Of Thrones actors Kristofer Hivju and Indira Varma, Quantum Of Solace star Olga Kurylenko and Frozen 2 voice actor Rachel Matthews. The virus originated in China and has spread across the world with Italy now reporting the highest number of deaths. Over 200 have tested positive in India so far.