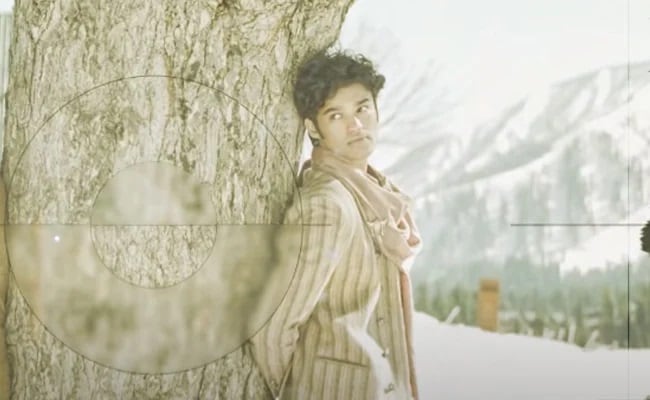 Babil on the sets of Qala. (courtesy babil.i.k)

Amitabh Bachchan gave a big shout out to the film Qala, which marks the acting debut of late actor Irrfan Khan's son Babil. Amitabh Bachchan, who co-starred with Irrfan Khan in the 2015 film Piku, shared a BTS video from the Netflix film, which has been backed by Anushka Sharma and her brother Karnesh's production house Clean Slate Films. Referring to the film's director Anvita Dutt, Big B wrote in his post: "Anvita ji ... Wishing all the very best... Looking quite different." He signed off the caption with these words: "Good to see the making as well."

Babil announced his association with the project by sharing this post on social media and he wrote: "Tripti freaking Dimri is back again! Whooooooo! (and a little bit of me)." He added in his post: "Also I'm a bit skeptical about the phrase 'getting launched' because the audience should launch off their seats while watching our film and not any individual actor."

Babil's father Irrfan Khan died at a Mumbai hospital on April 29, last year. He battled a tumour for several months and returned to Mumbai after being treated in London. Irrfan Khan is survived by his wife Sutapa and two sons Babil and Ayan. The actor starred in several critically acclaimed as well as commercially successful films. Maqbool, Haasil, Paan Singh Tomar, Haider, Talvar and the Academy Award-nominated Salaam Bombay are just a few of them. The actor, who acquired a star status over the years, also featured in international projects like The Namesake, Life Of Pi, Inferno, Slumdog Millionaire and The Warrior among others. His last project was Angrezi Medium, co-starring Kareena Kapoor and Radhika Madan.