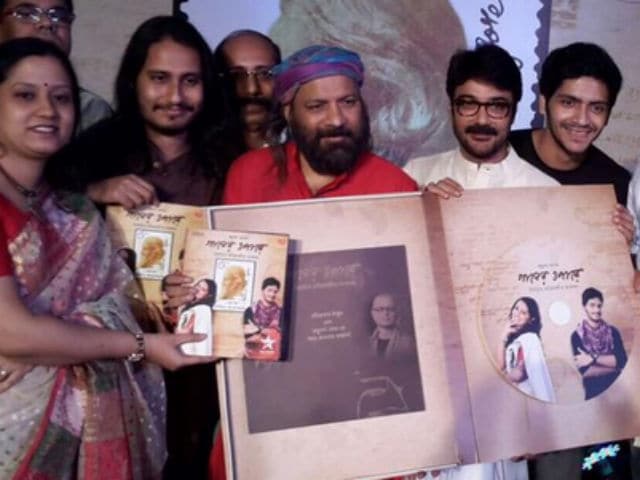 Kolkata: Two years after the death of filmmaker Rituparno Ghosh, actor Prosenjit Chatterjee brought back the magic of his debut television show Gaaner Oparey, by launching an audio CD of its tracks on Mahalaya on October 12.

Gaaner Oparey is a one of a kind Rabindranath Tagore musical, television show.

"I remember how Ritu wanted to make the serial to pay homage to the Bard as it was then the 150th year of his birth anniversary. He had only one brief - that it should reflect the literary content-rich gharana of Bengali films of the past," said Prosenjit.

"The story line, script, the title tracks of the serial which was aired from June 28, 2010 to April 16, 2011, everything bore the Rituparno Ghosh hall mark and he took care in every detailing. And everyone knows how Gaaner Oparey, our first production for small screen, weaned back the discerning audiences to the prime evening slot of a private TV channel for months together. No history of Bengali serial will be complete without reference to Gaaner Oparey," he added.