Priyanka, Sonakshi Like Doing Action Films. Here's What They Said 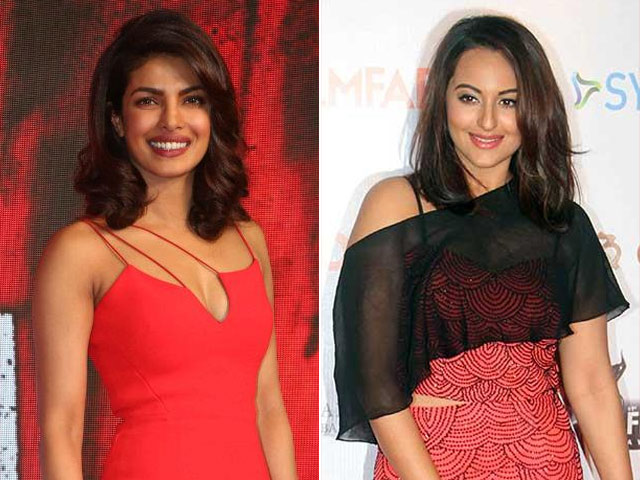 In Prakash Jha's Jai Gangaajal, Priyanka plays the role of a cop. The film is a sequel to 2003's Gangaajal.

"It's a great time for us. It feels fantastic. Audiences are open to different kinds of content onscreen. It is an indication that things are heading towards the right direction and people do not mind watching heroines hit up people," Priyanka told PTI. (Also Read: Priyanka's Jai Gangaajal Role Was 'Easy' For Her. Here's Why)

Sonakshi's upcoming films, Akira and Force 2 are action films and she enjoyed playing the roles onscreen.

"I play a RAW agent in Force 2. I have done action films with the biggest heroes who are good with action. I have learnt from them. I believe, those experiences have helped me to do films like Akira and Force 2. It was a great experience. It was a challenging role and has pushed my limits," said Sonakshi.

The Dabangg actress believes in doing her own stunts.

"I like doing my own stunts except for those which I am not capable of doing or something too dangerous. I have trained enough for Akira to do my stunts and that training helped me in doing Force 2 as well. I have injured myself so many times. But one has to be careful every time," added Sonakshi.

Jacqueline will also be seen in Rohit Dhawan's Dishoom along with John Abraham and Varun Dhawan.

"I am a part of the scenario. I get to do some action," said Jacqueline.

Ritika will soon make her debut in Bollywood with R Madhavan's Saala Khadoos. The film features Madhavan as a boxing coach. Ritika plays an aspiring boxer in the Sudha Kongara-directed film, which is slated to hit the screens on January 29.

Meanwhile, Lisa will be seen in the action film Ishq Forever, which has been directed by Sameer Sippy.

"I am so excited to play a strong, action oriented woman on screen," said Lisa.