Meanwhile, Ishita Kumar has deleted pictures of her roka ceremony and been posting about "new beginnings" and "beautiful endings" on Instagram 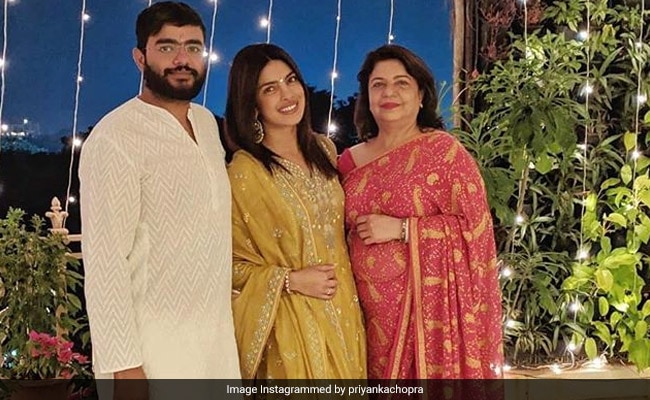 A day after Priyanka Chopra's mother Madhu Chopra confirmed that Siddharth Chopra and Ishita Kumar had called off their wedding "mutually", she told SpotBoye that it was because Siddharth wasn't ready for marriage just yet. "My son Siddharth said he was not ready for marriage yet. He explained he needed more time," SpotBoye quoted Madhu Chopra as saying. While Madhu Chopra abstained from sharing further details, a source told SpotBoye that the wedding was being rushed: "this arranged marriage was being pushed a bit in haste." While no wedding date was announced for certain, earlier reports suggested that Siddharth Chopra and Ishita Kumar's wedding was to take place last week.

Last week, reports of Siddharth's wedding being postponed because of Ishita Kumar's emergency surgery did the rounds on the Internet, which led to speculation that the wedding was actually called off. On Saturday, rumours were put to rest as Pinkvilla quoted Madhu Chopra as saying: "They (Siddharth and Ishita) have mutually called it off."

Meanwhile, Ishita Kumar has deleted pictures of her roka ceremony from February this year and been posting about "new beginnings" and "beautiful endings" on Instagram. The Internet also spotted rather suggestive comments by Ishita Kumar's parents on one of her posts: "Close old book and write" wrote her mother while her father added: "We are with you. Feel the expanse of the universe and be the star you were born to be."

Priyanka Chopra (minus husband Nick Jonas) was in Mumbai last month, when it was reported it was for her brother's wedding but she flew out of Maximum City soon. Priyanka and Nick were part of Siddharth and Ishita's roka ceremony earlier this year. Priyanka Chopra, currently in New York, is prepping for the MET Gala, which is scheduled for Monday evening in the US (Tuesday morning in India).