Priyanka Chopra Vs Deepika Padukone: Whose Met Gala 2017 Look Do You Rate Higher? 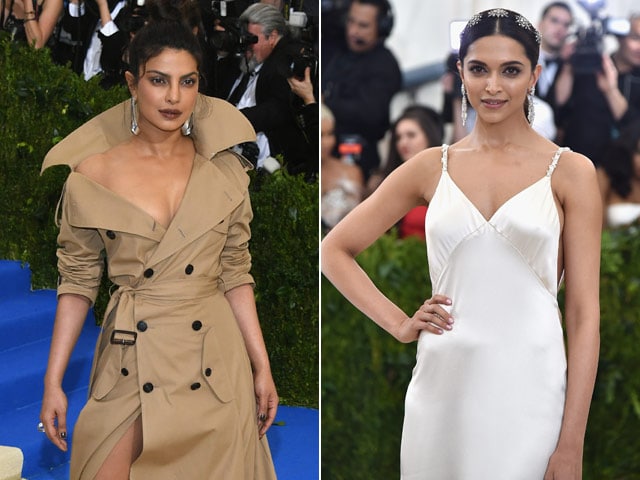 New Delhi: Actresses Priyanka Chopra and Deepika Padukone made it a double treat at the Met Gala 2017 in New York on Monday night - it was the first international red carpet that they were both on together (but not together together, of course). They couldn't have looked more different. Priyanka, star of American TV series Quantico and the villain of the upcoming Baywatch movie, went for high drama in a Ralph Lauren trench coat gown made sexy by an elaborate train and exaggerated collar popped to reveal cleavage and shoulder. The front buttoned up just midway down Priyanka's thigh, flashing an expanse of slim leg, encased in sharp boots. 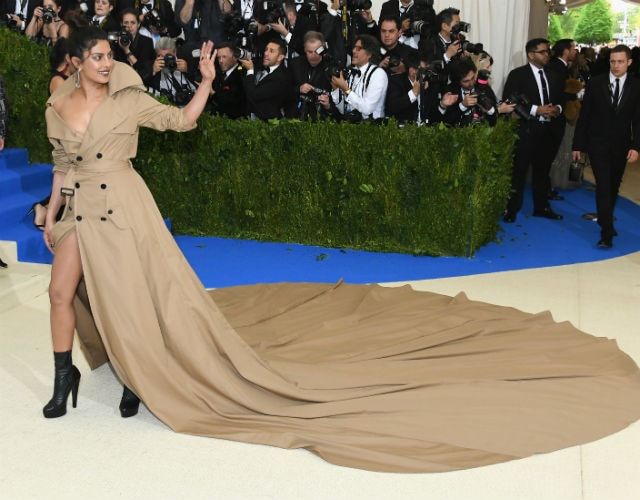 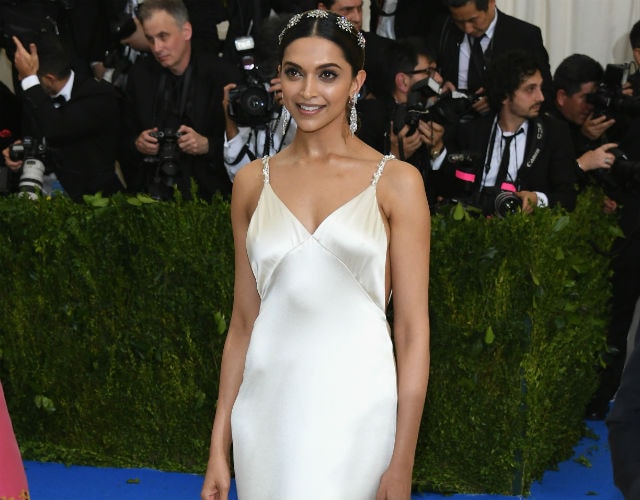 How did they do? Our verdict - sweet as Deepika looked, Priyanka's outfit was more impactful and, given the high voltage Met Gala quotient, unforgettably fierce.

Deepika tries SO HARD to be "different" and Priyanka steals the show... what a pity... #MetGala#deepikapadukone#PriyankaChopra

She experimented in all those xyz award shows of bollywood but chose a complete old fashion classic look for #metgala. Why deepika why??

Bottomline, however, both made us proud:

Priyanka Chopra has been fine-tuning her red carpet fashion game at the Oscars, the Golden Globes and the Emmys. Deepika Padukone was at the MTV EMAs last year, as well as at the Oscar and Golden Globe after parties this year.

Promoted
Listen to the latest songs, only on JioSaavn.com
Priyanka Chopra flew home to Mumbai recently after wrapping work on the second season of Quantico, in which she plays CIA agent Alex Parrish. Now that she's back in new York, Priyanka is expected to begin promoting Baywatch, which stars Dwayne 'The Rock' Johnson as lifeguard Mitch Buchannon. Baywatch releases on June 2 In India.

Deepika Padukone is currently filming Padmavati with actors Ranveer Singh and Shahid Kapoor and has signed a second film with Piku co-star Irrfan Khan. She makes a special appearance - in a song sequence - in new filmRaabta.