Priyanka Chopra Takes To The Streets Of London On A Scooter. See Pic 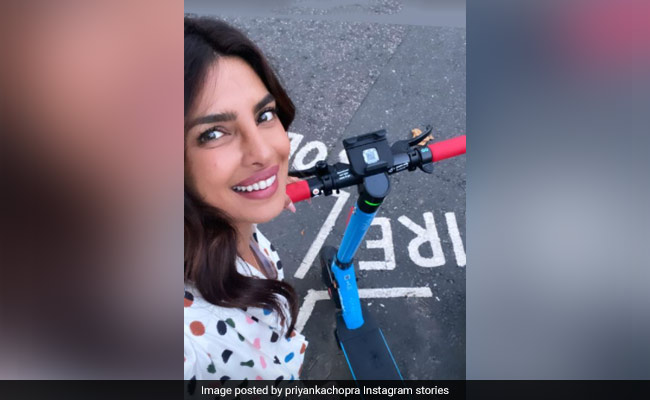 Actress Priyanka Chopra, who has been staying in London since last few days, on Wednesday, took to the streets of the city to "explore" it. Priyanka's ride for the day out in London is a scooter. How we know this? Courtesy, the global icon's latest Instagram story. Priyanka Chopra shared a picture of herself on her Instagram story. The picture features the actress standing next to a scooter. She can be seen dressed in a white outfit that had polka dots of multiple colours. Looks like Priyanka is excited to explore London as she can be seen sporting a bright smile on her face. "Let's go explore," she wrote along with the picture on her Instagram story. 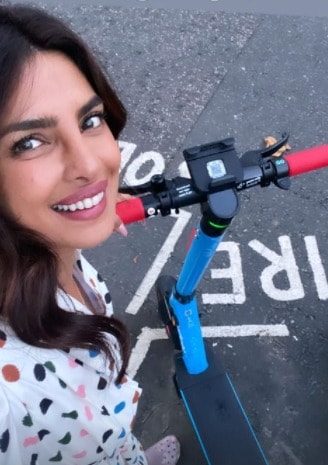 Last week, Priyanka attended the Wimbledon Women's Singles finals. She also watched the Men's Singles Finals. Priyanka Chopra was joined by socialite Natasha Poonawalla and James G Boutler. She shared pictures of herself and her "best dates" on social media. "Congratulations to Novak Djokovic and Ashleigh Barty on your incredible matches and victories. And a special thank you to Chairman of the All England Club, Ian Hewitt, and Ralph Lauren for having me as your guest," she wrote in the caption of the post.

Recently, Priyanka dropped a stunning picture of herself clicked in London. The picture features Priyanka Chopra dressed in white from head-to-toe. She can be seen posing like a queen in the picture. Keeping the caption simple, Priyanka only added a white heart and a peacock emoji.

In terms of work, Priyanka is currently shooting for Russo Brothers' upcoming series Citadel. She will also be seen in Text For You and Matrix 4.