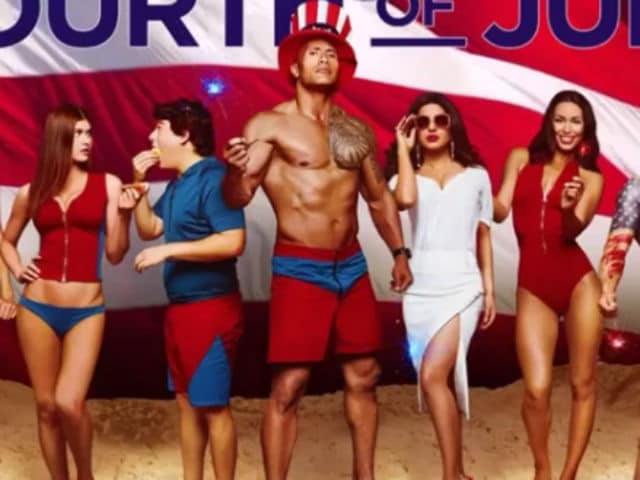 A still from the motion poster shared on Instagram by priyankachopra.

New Delhi: Priyanka Chopra was greatly missed in the first official look of Baywatch that was released earlier this year and now, to make up for it in spades, here she is in the motion picture of her Hollywood debut, released to celebrate America's Independence Day.

The stars and stripes form the backdrop in the July 4-themed poster that features Priyanka and the rest of the main cast - Dwayne Johnson, Zac Efron, Kelly Rohrbach, Alexandra Daddario, Jon Bass and Ilfenesh Hadera. Such swag, much wow - it's going to be one hell of a beach party.

Finally... We're all in one frame! Ain't no party like a beach party! #HappyFourthOfJuly #Baywatch @therock @zacefron @alexannadaddario @kellyrohrbach @ilfenator