Priyanka Chopra Reveals She Didn't Take Nick Jonas Texting Her "Seriously": "I Was 35 And Wanted To Get Married"

"He is in his 20s... I don't know if that's something he would want to do. I did that to myself for a while till I actually went out with him" - what Priyanka Chopra thought before meeting Nick Jonas 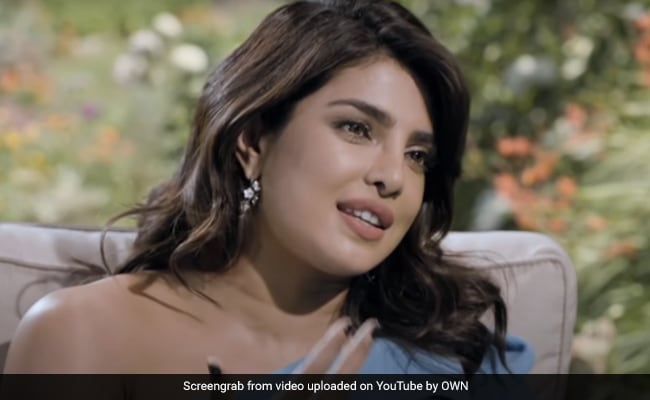 Priyanka Chopra in a still from the Oprah interview (courtesy YouTube)

Being "swept off" her feet by Nick Jonas is one of the many things Priyanka Chopra talked about in her interview with Oprah Winfrey for an upcoming episode of the talk show Super Soul. Talking to Oprah, Priyanka Chopra opened up about the first thoughts she had when Nick wanted to connect to her for the first time. Priyanka said she was apprehensive about dating the 28-year-old singer because of their age difference and that was just one of the many reasons: "I did really judge the book by its cover. I honestly didn't take it very seriously when Nick was texting me. I was 35 and I want to get married and I want to have kids. He is in his 20s... I don't know if that's something he would want to do. I did that to myself for a while till I actually went out with him."

Having said that, Priyanka revealed that meeting Nick Jonas in person changed everything: "Nothing surprised me more than you know him. He's such a self-assured man, so sensible, so excited about my achievements, my dreams... you know. Such a true partnership he offers me everything that we do together."

Nick Jonas and Priyanka Chopra met for the first time at the Vanity Fair Oscars party in 2017, which was the first milestone in their forever love story. Following a brief meeting, Nick Jonas reached out to Priyanka on Twitter and the rest is history. Months later, they arrived at the Met Gala in May 2018 together, both wearing custom Ralph Lauren ensembles. Within weeks, they clicked their first photo together at a baseball match in Dodger Stadium, Los Angeles. Nick Jonas and Priyanka Chopra had a fairy tale wedding in December 2018.