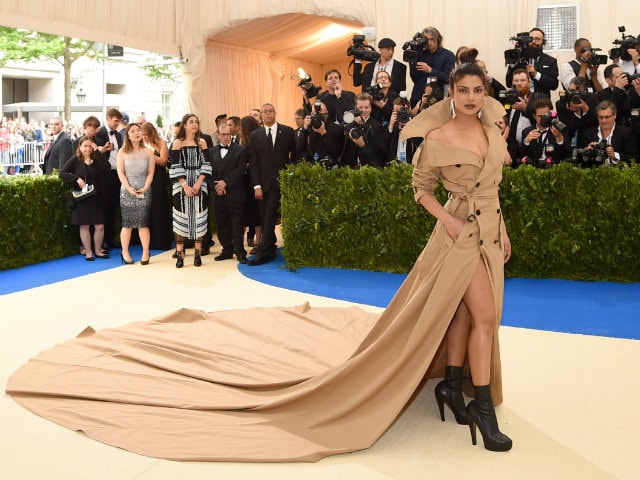 New Delhi: When actress Priyanka Chopra posted on Monday night that she wouldn't be able to live-tweet the episode of Quantico that was to air, she didn't say why. It was because she was busy killing it on the red carpet of the Met Gala 2017 in New York, wearing a trench coat-style ballgown with a giant train (that needed a gentleman to walk behind Priyanka holding it up). The 34-year-old actress popped the exaggerated collar of her dress and wore it with boots, looking like an ultra-glam Inspector Gadget. An outfit - courtesy Ralph Lauren - quite in keeping with her CIA agent character from Quantico. Wearing her traffic-stopping dress, Priyanka Chopra attended the showcasing of Japanese designer Rei Kawakubo's new women's wear collection, titled Comme des Garcons: Art Of The In-Between at the Met Gala 2017. 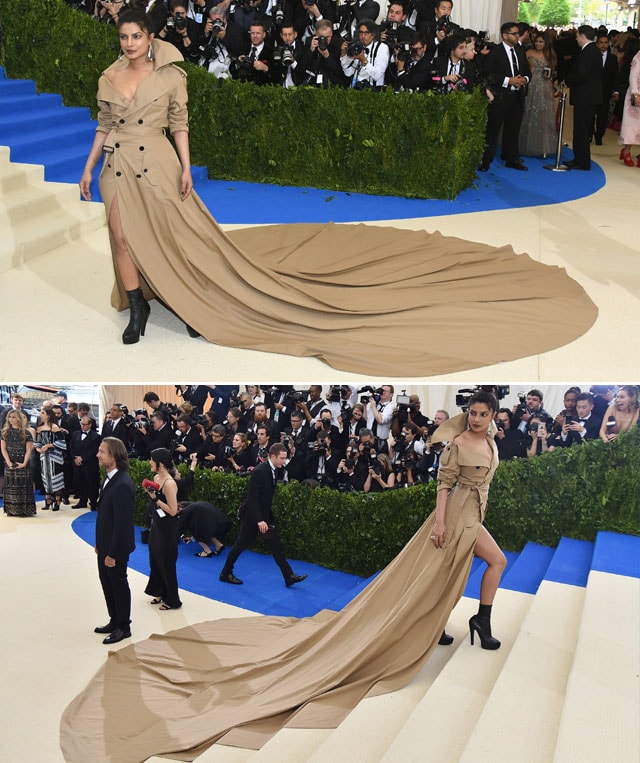 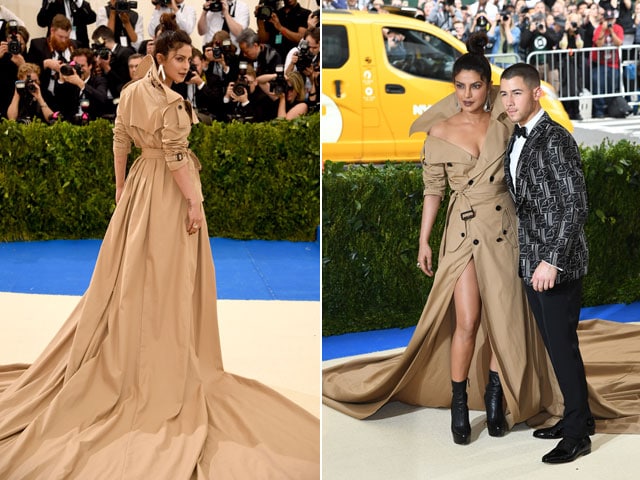 Priyanka Chopra and Nick Jonas at Met Gala 2017. Well, what can we say (courtesy AFP) 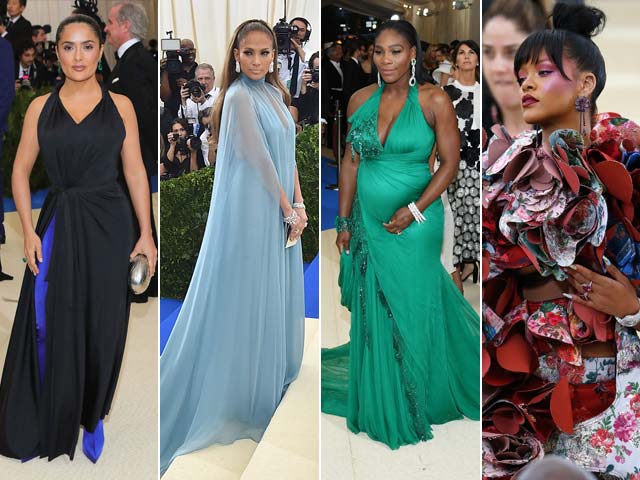 Other stars at the Met Gala 2017 (courtesy AFP)

Priyanka Chopra is, of course, a veteran of international red carpets now. This year, she was at the Oscars in a strapless silver Ralph and Russo and set major fashion goals at the before and after party of the Academy Awards.

Promoted
Listen to the latest songs, only on JioSaavn.com
Priyanka Chopra only recently returned to Mumbai from New York after wrapping the second season of her American show Quantico, in which she stars in the lead role of FBI recruit-turned-CIA agent Alex Parrish. Quantico done, Priyanka will now devote herself to promotional duties for her Hollywood debut, Baywatch, co-starring Dwayne 'The Rock' Johnson. Priyanka plays the antagonist Victoria Leeds while The Rock leads the squad of lifesavers in Baywatch, the big screen adaptation of the iconic 90s show that made stars of David Hasselhof and Pamela Anderson.

Baywatch releases in India on June 2.