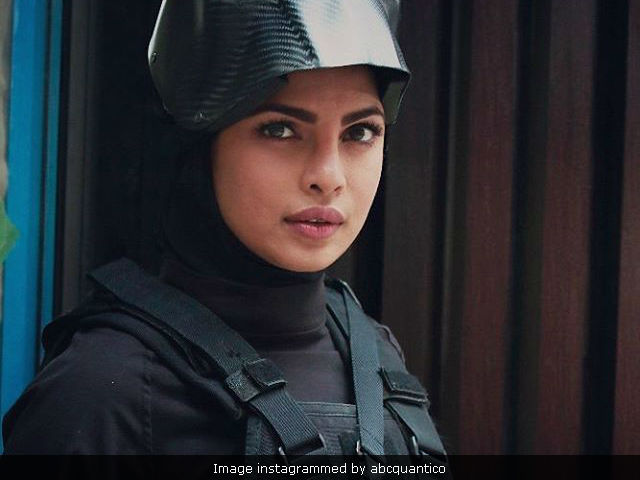 New Delhi: Actress Priyanka Chopra became a household name in the West courtesy her American television show Quantico and now the actress told news agency IANS that she open to explore content on television in India too. Priyanka, 34, currently a resident on New York, told IANS: "I've done TV in India seven years ago with Khatron Ke Khiladi (Season 3). I'm always open to do different things and Indian TV is definitely one of them. TV requires a lot of time and currently I have my plate full... but as I always say... never say never!" Priyanka Chopra is currently filming the second season of Quantico and is awaiting the release of her Hollywood film Baywatch.

In Quantico, Priyanka plays the role of Alex Parrish, who is recruited by FBI (in season 1). She was framed for terror attacks in the US and in the rest of the season she fought the conspirators and FBI to clear her name. In the next season, she graduates to work with the CIA. Alex is again fighting terror outfits who aim to destroy the peace of USA.

Priyanka looked over hundreds of scripts and finalised Quantico due to its strong plot. The case will remain same for Indian shows. "I don't like to restrict myself... If the plot, storyline and writers are good... I'm sold," she said talking about her condition to feature in an Indian show.

"TV is a different medium and that in itself was a big learning for me as actor. As an individual, having to deal with careers on two different continents, adapting to new requirements, being away from home and all that I am familiar with for long stretches has also been a learning. All in all, it's been great," said Priyanka.

Promoted
Listen to the latest songs, only on JioSaavn.com
Priyanka Chopra will play antagonist in Baywatch co-starring Dwayne Johnson. She has also reportedly signed a film with filmmaker Sanjay Leela Bhansali, with whom she's previously worked in Bajirao Mastani and Mary Kom.