The restaurant will open later this month in New York 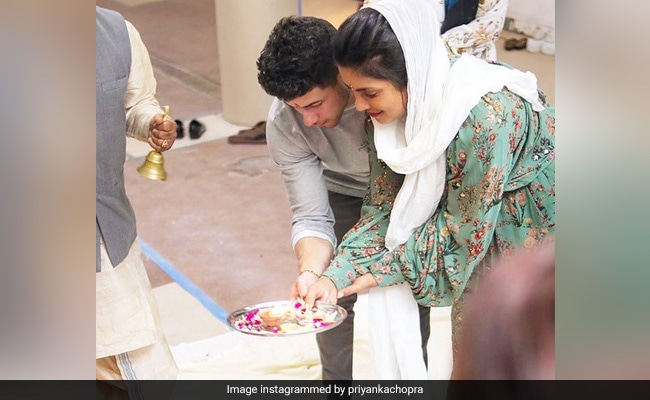 Priyanka Chopra has added another feather to her cap, the actress-author-singer-producer has now launched an Indian restaurant named Sona in New York. Priyanka, who recently introduced her new haircare line Anomaly, posted a set of pictures of the restaurant and an intimate prayer ceremony that she performed with her husband, singer Nick Jonas, and her mother Madhu Chopra in 2019 before starting work on the food joint. Priyanka, in her post, shared that the restaurant, which will serve Indian cuisines, will open later this month and that renowned chef Hari Nayak will be the head chef. Her post read: "I'm thrilled to present to you SONA, a new restaurant in NYC that I poured my love for Indian food into. SONA is the very embodiment of timeless India and the flavours I grew up with. The kitchen is helmed by the incredible Chef Hari Nayak, a masterful talent, who has created the most delicious and innovative menu, taking you on a food journey through my amazing country."

"SONA is opening later this month, and I can't wait to see you there! This endeavour would not have been possible without the leadership of my friends Maneesh Goyal and David Rabin. Thank you to our designer Melissa Bowers and the rest of the team for realizing this vision so clearly. The second and third photos were taken in September 2019 when we performed a small intimate Puja (prayer ceremony) to bless the space that would soon become Sona. Godspeed!" she added.

Priyanka Chopra's father-in-law Paul Kevin Jonas congratulated her on social media. He wrote: "Congratulations, Priyanka Chopra! When do we eat?" Replying to his post, she wrote: "Anytime senior! It's yours" on her Instagram story. Take a look: 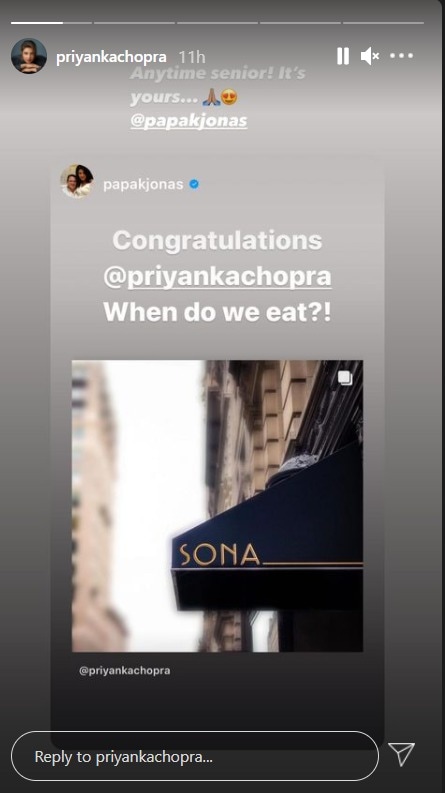 Priyanka Chopra is a successful entrepreneur, actress, producer and singer. She is currently filming the series Citadel in London.