Priyanka Chopra is Used to Being The 'Face on a Poster' 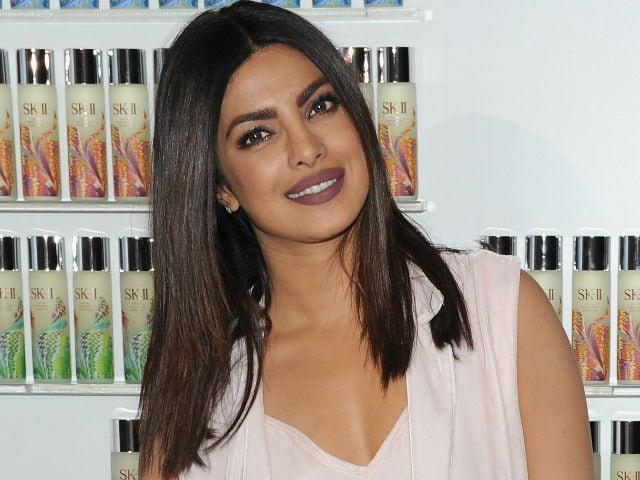 Priyanka Chopra started her journey in showbiz without a godfather and today she has won global recognition due to her talent. Priyanka, 34, said that she is grateful to her fans for putting her "in a position" where she is "used to being the face on a poster". But the Quantico star wants to do more. Priyanka also said that whatever she has achieved is due to her own hard work, "without the help and support of anybody else."

"I started with nothing, no support. A complete newcomer to even Mumbai city, not even the movie industry. I didn't even know anyone. So I kind of did all that I did on my own without the help and support of anybody," Priyanka told CBC. "The love and affection I have got from audiences around the world kind of gave me the strength to do that. They have put me in a position where I am used to being the face on a poster. I don't want to settle for that," she added.

Priyanka was crowned Miss India and went on to win the Miss World title at age 17. Her Bollywood debut came in 2003 with The Hero: Love Story of a Spy and after that there was no looking back. Priyanka has featured I critically acclaimed films like Barfi!, Mary Kom and Jai Gangaajal. She's also starred in commercial hits like Don series and Dil Dhadakne Do. She won her first National Award for 2007 film Fashion.

Priyanka made waves with international singles like In My City and Exotic before heading to the international television space as Alex Parrish in Quantico, which launched in 2015. She won a People's Choice Award for her role in 2016 under Favorite Actress In A New TV Series category and has been nominated for the second time in Favorite Dramatic TV Actress section for the upcoming edition of the award show which honours the best in films and television. Quantico has propelled its star to dizzying heights and its lead star, Priyanka, was placed eighth on the Forbes list of 10 highest-paid TV actresses in the world.

The actress is currently seen in Quantico Season 2 and she will soon make her Hollywood debut with Baywatch co-starring Dwayne Johnson and Zac Efron. She plays antagonist Victoria Leeds, a role which was re-written for her.

Promoted
Listen to the latest songs, only on JioSaavn.com
Priyanka was in Toronto to unveil the trailer of Punjabi film Sarvann, which she has produced under Purple Pebble Pictures. This is Priyanka's second film as producer after Marathi film Ventilator, which releases in November and was critically acclaimed. Sarvann is co-produced by Vashu Bhagnani and stars Amrinder Gill.