Priyanka Chopra Had a Very Festive Diwali Halfway Across the World 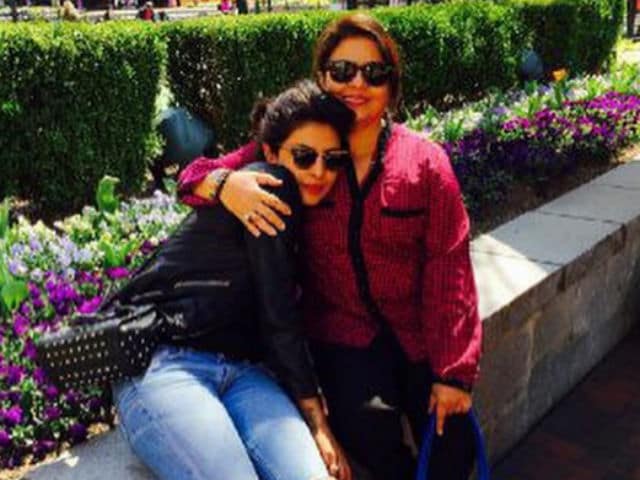 This image was posted on Instagram by Priyanka Chopra.

New Delhi: Priyanka Chopra's Quantico schedule excluded her from Bollywood's Diwali parties this year but far away in Montreal, the 33-year-old actress had a wonderful celebration of her own. Keeping her company was her mother Madhu, who had flown out to be with Priyanka for the festive season.

On Instagram, Priyanka posted pictures of herself and her mother, both resplendent in traditional outfits.

Laxmi pooja time.. Thank u @madhuchopra for coming. I missed u! #NotAlone

There was Lakshmi Pooja, rangoli and Diwali gifts for the Quantico lot.

.@jazmasri @thejohannabraddy @anabelleacosta1 I was at the brink of tears anyway all day.. But this surprise ripped my heart out. Thank u my quantico family.

On her own Instagram account, Anabelle Acosta wrote, "It doesn't matter how far from home we are, we bring home to us."

Meanwhile, Priyanka will also be seen in Sanjay Leela Bhansali's Bajirao Mastani, which is scheduled to release on December 18.