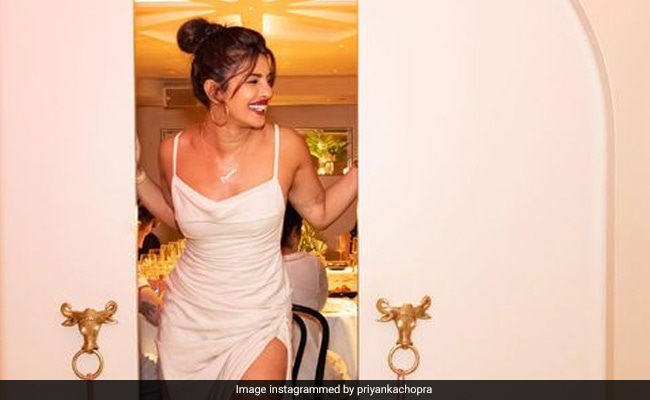 Apart from being a stunning actress, Priyanka Chopra is a proud entrepreneur too. The actress is the owner of a New York-based restaurant. Though the Indian-cuisine restaurant, SONA, started functioning only a year ago, the journey has been a splendid one for Priyanka so far. Now, while celebrating one year of SONA, the actress uploaded a video on Instagram. It was a compilation of photos. While in some of the photos we could see Priyanka at the restaurant, the others were snapshots of the food served there. Priyanka also attached a heartfelt note to this post.

She wrote, “What started for me as another way to introduce modern India to the West, turned into an incredibly fun, cool, and awesome spot in the heart of NYC where you can let your hair down and explore culinary delights and cocktails that are so synonymous with us. As SONA turns a year old today, I couldn't be more proud.”

Priyanka also thanked her business partners and the team taking care of SONA. “My partners @maneeshkgoyal, @harinayak @davidrabin8 and the dedicated incredible team at @sonanewyork have turned their talent and passion into consistently delivering excellence and making your experience at Sona as timeless as India herself,” she wrote.

Ending her note, Priyanka said, “My heart (and stomach) is full. Here's to many, many more.”

She also added the hashtag “one year of Sona New York”.

Priyanka wrote, “What a special honour it was to co-host a pre-Oscar celebration honouring this year's 10 South Asian Oscar nominees, and the friends, family, and colleagues who work tirelessly behind the scenes to make all of this possible. Last night gave me all the feels and filled me with so much pride for how far our community has come. The future of entertainment is looking bright.”

She gave a shoutout to the nominees and wished them all luck.

Priyanka Chopra was last seen in Matrix 4. Last year, she was also seen in The White Tiger, based on Aravind Adiga's Booker Prize-winning novel of the same name.