Why Priyanka Chopra 'Broke Down' on Bajirao Mastani Sets 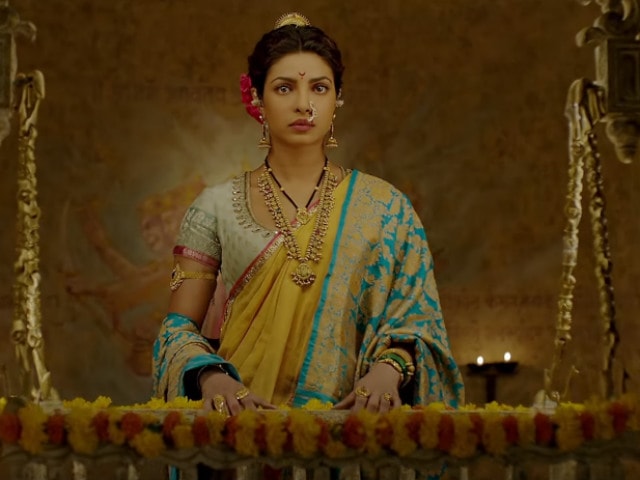 Mumbai: Bajirao Mastani actor Ranveer Singh said that his co-star Priyanka Chopra had broken down on the third day of shooting on the film sets.

At the period drama's trailer launch, Priyanka was asked about the difficulties she had to face in shooting the film.

She said: "I didn't have to do much hard work. It was all for Deepika Padukone and Ranveer. I used to come on the sets and wear a nauvari (nine-yard sari) and all the traditional jewellery. As I am not used to it, that was difficult." (Also Read: What Priyanka Chopra Says on Bajirao Mastani Row Over 'Altered History')

In this context, Ranveer disclosed that Priyanka almost gave up and was tearful.

"Let me tell you, Priyanka broke down on the third day of shooting and called us 'mad' for working with Sanjay Leela Bhansali for the second time. But she quickly adapted to the demanding work style on the sets and she rocked it," said the actor, who last worked with Deepika and the director for Ram-Leela.

For Deepika, it was the war sequences that were tough to shoot.

"When Ranveer met with an accident and had broken his shoulder, we had to take precautions for not experiencing something like this again. I had to learn so many things like Kalaripayattu, horse-riding and Kathak for the role," said Deepika.

Bajirao Mastani narrates the story of the 18th century Maratha warrior Peshwa Bajirao I, his first wife Kashibai and his second wife Mastani. The film will release on December 18.