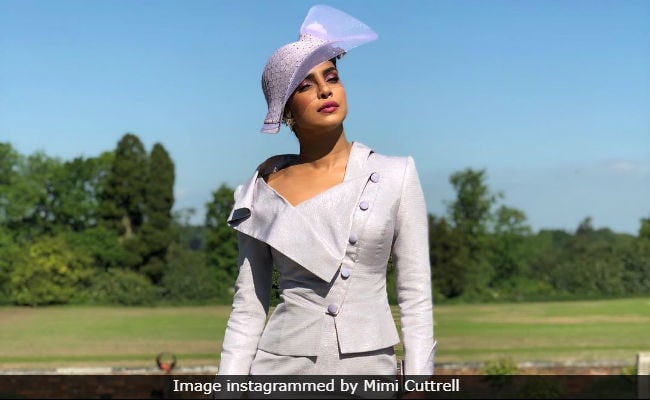 New Delhi: Actress Priyanka Chopra attended the royal wedding on May 19 dressed in a lavender Vivienne Westwood skirt and blazer combo paired with a classy hat. Priyanka was on the guest list of Meghan Markle, who married to Britain's Prince Harry today. The Quantico actress and the former Suits star have been friends for a few years now and Priyanka even wrote an essay for the Meghan to accompany her mention on the Time Magazine's 2018 list of 100 Most Influential People. Priyanka Chopra arrived with Meghan's other friends some of them also from the Suits family. Priyanka Chopra is not on Meghan Markle's bridesmaid list. 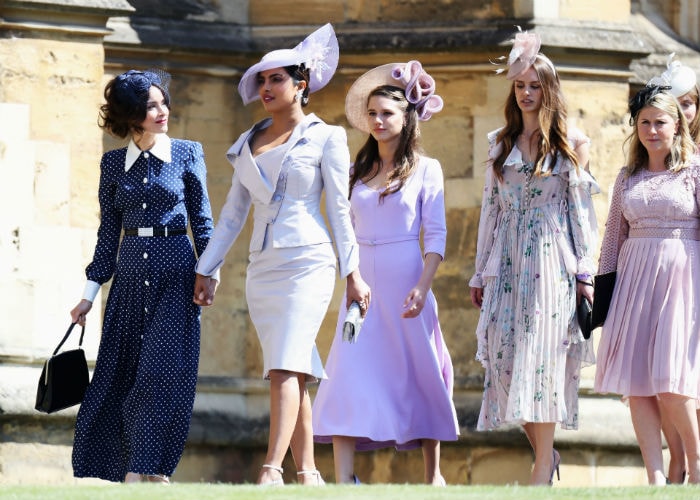 Take a look at what Priyanka Chopra wore to the royal wedding:

Here's a video of Priyanka Chopra arriving at St George's Chapel in the grounds of Windsor Castle, where the ceremony took place.

Priyanka Chopra arrived in London for the wedding a day in advance and was living within a 10-mile radius from the wedding venue. Priyanka shared glimpses of what she was up to hours before the wedding:

Welcomed by the UK sun... #nomakeupnofilter

Promoted
Listen to the latest songs, only on JioSaavn.com
Last month, Priyanka Chopra told People magazine that she's super excited about Meghan Markle's big day. "It's not just going to be life-changing for both of them, it's life-changing for the world that needs to see strong women as icons, and I think Meghan has the potential to be that," she was quoted as saying.

Celebs such as George and Amal Clooney, David and Victoria Beckham and Sir Elton john were among other celebrity guests who attended the royal wedding.