"Mon amour": wrote Priyanka sharing the picture of her with Nick Jonas

Priyanka Chopra made an amazing appearance in a white layered tulle gown from the studios of Georges Hobeika and while she walked down the red carpet, she was accompanied by her husband Nick Jonas. Not only that, Nick Jonas was also seen holding an umbrella for his wife Priyanka Chopra as it rained during their appearance at the red carpet. Priyanka Chopra shared a delightful photo of herself, featuring Nick Jonas beside her, where he can be seen holding the umbrella standing beside her. While at Cannes, Priyanka got little bit into the form of the place and wrote the caption in French saying, "Mon amour", which means 'my love.'

Take a look at the picture shared by Priyanka Chopra with Nick Jonas holding an umbrella for her:

Priyanka Chopra's celebrity friend Gauhar Khan commented on the photo saying, "Adorable." The picture is actually very much like a fairytale, especially the white outside worn by Priyanka and Nick made their picture look more like a fairytale. Instead of it raining, the couple posed for the cameras and the umbrella just became a prop for them at the red carpet.

Here are some pictures of Priyanka Chopra and Nick Jonas from the red carpet: 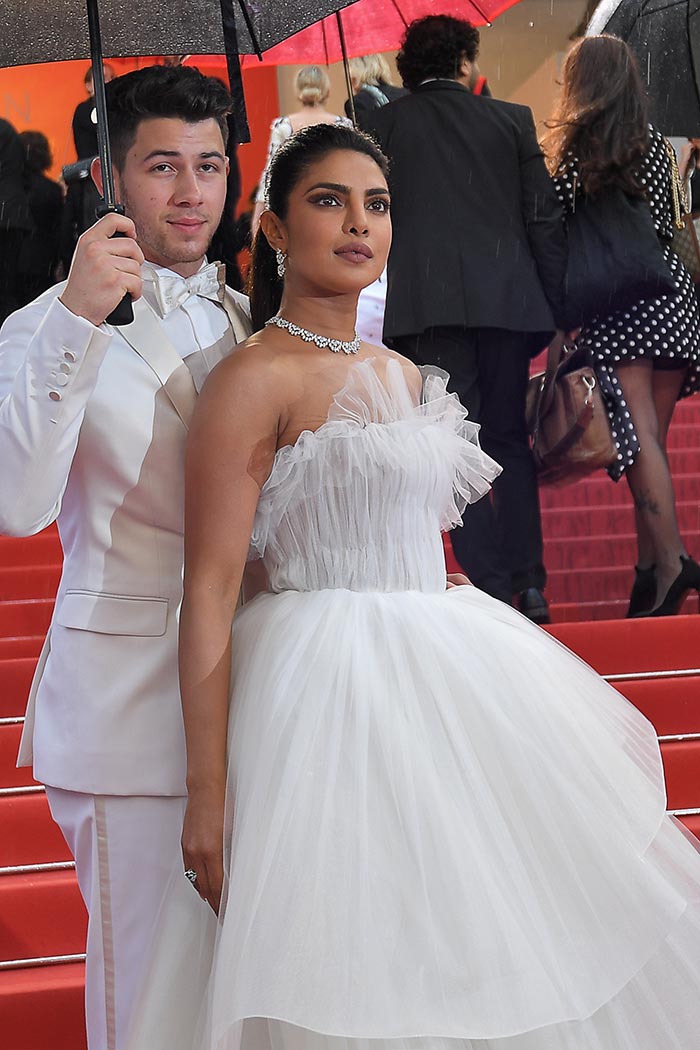 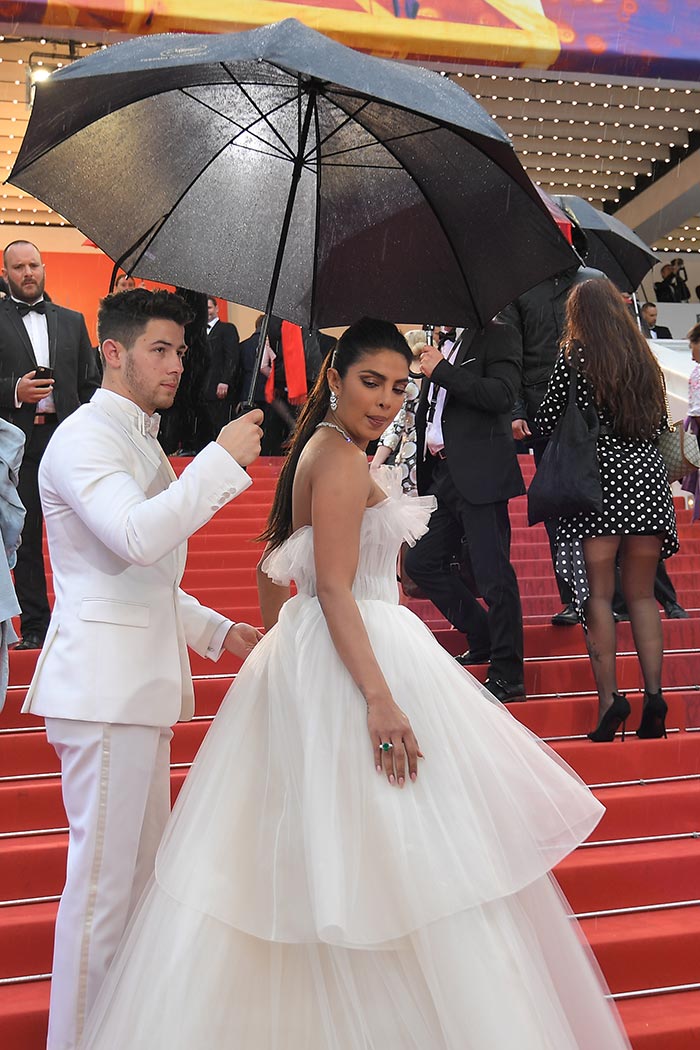 Priyanka Chopra and Nick Jonas were seen exploring at Cannes few days ago. The actress had shared pictures on her social media featuring her husband Nick Jonas.

Priyanaka Chopra made her debut at the Cannes Film Festival this year wearing a shimmery black gown by Roberto Cavalli. She wore statement earrings with the dress and kept her make-up very minimal, which made her look simply gorgeous.

Apart from Priyanka Chopra, Deepika Padukone and Kangana Ranaut also walked the red carpet. TV actresses also made her at the red carpet earlier this week.

After Lockdown Announcement, Rishi Kapoor Schools Trolls: "This Is A Serious Matter"