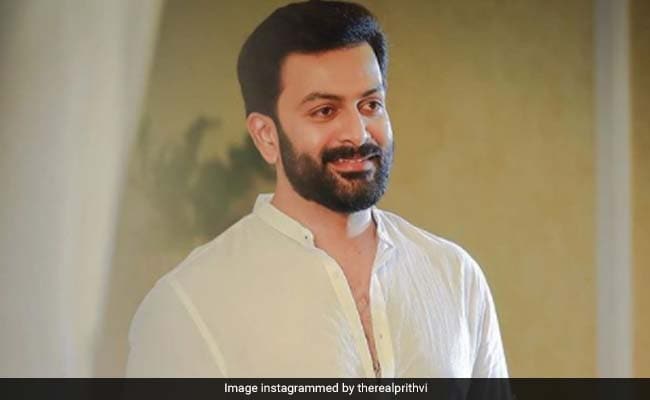 Actor Prithviraj Sukumaran, who was stuck in Jordan for over three months and returned to India on May 22, took a COVID-19 test recently and tested negative. The actor, who is currently in quarantine, shared his COVID-19 test report in an Instagram post on Wednesday and added that despite his negative test results, he will follow the mandatory 14-day quarantine rule "before returning home." Prithviraj Sukumaran, in the caption, wrote: "Did a COVID-19 test and the results are negative. Will still be completing quarantine before returning home" and added: "Stay safe and take care all." Take a look at his post:

Did a COVID-19 test and the results are negative. Will still be completing quarantine before returning home. Stay safe and take care all

The south star, along with a 58-member crew of his upcoming film Aadujeevitham, was stranded in Jordan's Wadi Rum desert for almost three months. They were shooting for Aadujeevitham in the Arab country until the coronavirus outbreak forced a global lockdown. The actor and his team flew back from Jordan last month as part of Vande Bharat Phase 2, an initiative by the Indian government to bring back its citizens stranded abroad, and have been since then in quarantine.

Prithviraj Sukumaran has worked in several blockbusters such as Stop Violence, Nandanam, Classmates, Puthiya Mukham, Ayalum Njanum Thammil, Celluloid and many others. In 2011, his film Indian Rupee won the National Film Award for the Best Feature Film. He was last seen in Driving License.