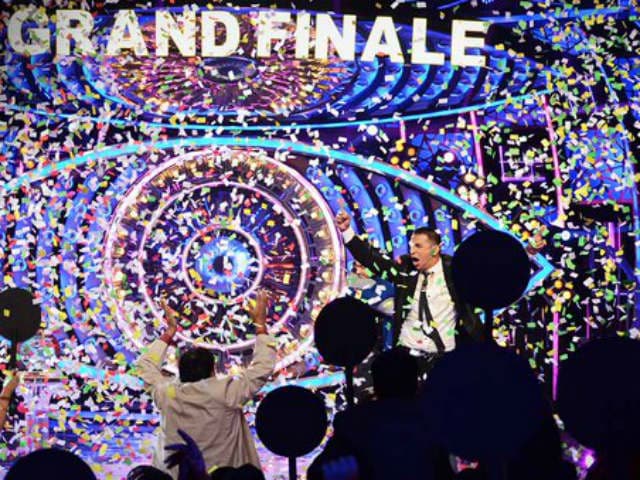 The grand finale saw some scintillating acts by a mix of celebrities, including host Salman Khan and actress Katrina Kaif.

An emotional and overwhelmed Prince was welcomed with applause by his friends and family members as Salman declared him the winner and handed him the Bigg Boss trophy He also received the prize money of Rs 35 lakhs, out of which he has donated Rs 5 lakhs to Salman's foundation - Being Human.

A viewer's favourite since the first episode, Prince was always in the limelight throughout the season while none of the contestants was able to weaken his presence either in the house or in the minds of viewers.

Prince was competing in the grand finale against wildcard entrant Rishabh Sinha, who was announced as the first runner-up, actress Mandana Karimi, who became the second runner-up and model Rochelle Rao.

Be it his aggressive behaviour or competitive nature, Prince was nominated the least number of times and kept viewers engaged and entertained consistently throughout the season.

Some of the other contestants who were seen this year included Rimi Sen, Keith Sequeira, Priya Malik, Suyyash Rai, Gizele Thakral, Aman Verma and Roopal Tyagi.

The Double Trouble edition of Bigg Boss, which started in October 2015, came to an end with a double dose of entertainment.

The grand finale had a mix of foot-tapping and eye-catching performances by all the four finalists, who received personalised makeovers from celebrity stylist Hakim Alim.

An Indian version of international series Celebrity Big Brother, Bigg Boss 9 saw celebrity contestants locked inside a house for three months under constant camera surveillance, without any luxury that they are used to.

The ninth edition was no less exciting than the previous seasons with its share of controversies, fights and brickbats.

Actor Arjun Kapoor, who will soon be making his television debut as the host of Khatron Ke Khiladi - Kabhi Peeda Kabhi Keeda, shared a glimpse of the forthcoming stunt-based reality show.

The high-point of the season was when the two superstars - Shah Rukh Khan and Salman Khan - came together and recreated the magic of their film Karan Arjun.

The end of Bigg Boss Nau paved the way for a new show, Krishnadasi, which will go on air on January 25.