Prince Broke All the Rules of Fashion, and Did He Look Good 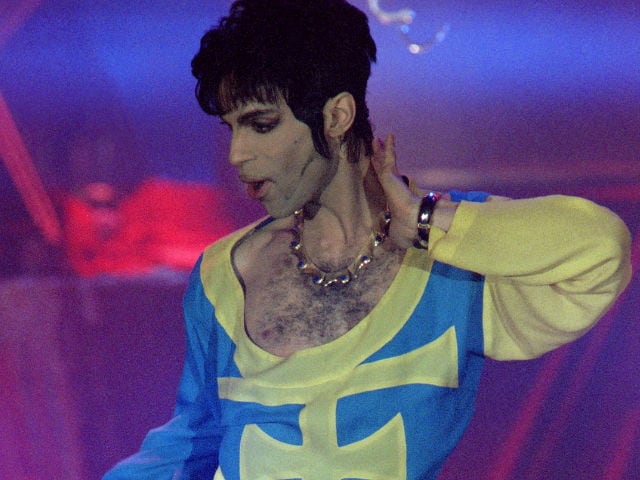 Prince photographed during a performance at the World Music Awards in 1994. (Image courtesy: AFP)

Los Angeles: Was there ever a male performer more enamored with ruffles - or lace or velvet - than Prince?

He wore it all beautifully, seductively and powerfully. With his frilly shirts and velvet suits, his brocades and silks, Prince played with gender stereotypes and moved us to reconsider our relationship to our own sexuality. He used fashion as an aphrodisiac. It was foreplay and after glow - and the divinely sweaty middle.

Prince took a single royal hue and made it his own. He slipped on purple and never took it off. When he wore the the color, it became complicated, sexy and mysterious. It was just a color, sure, but he pumped it full of emotional content. His emotions.

Worn by Prince, purple became a kind of soulful lament. His use of fashion was intimate and personal; it wasn't driven by labels and trends. He wasn't known for wearing a particular designer's clothes -- although he once performed a long and spectacular private concert after a Versace show that left a fashion crowd breathless. The clothes were not a source of status or trendy relevance. They were his unique creative expression, his cool, impressionistic, multi-layered riff on masculinity.

Prince crossed the border between masculinity and femininity by refusing to be tied to traditional notions about what was appropriate for women and what was correct for men - about what was acceptable in polite company. He wore head wraps and scarves, and all sorts of frippery, but he never played coy or vague. In his fashion, Prince didn't exist in an androgynous gray zone. He declared -- both on stage and off -- that a man deserved to be swaddled in satin and velvet because he had earned it, because he looked good in it and because he was pretty sure that the ladies liked him in it, too. There was nothing self-conscious or awkward about his style. Was it transgressive? Yes. But not to him. He made it look so easy.

The clothes were his. His choice. His style. Uniquely him. He did not appear to be searching for himself in fashion. No, from the beginning, with his trench coat, bandana and briefs on the cover of "Dirty Mind," to his wingtip shirt and brooch on "Controversy," and on and on, he seemed certain of his public persona and he reveled in it.

He wore heels. High heels. And yes, they boosted his diminutive stature, but he also seemed aware that heels change the wearer's posture. They make the tush more prominent, for one thing. And way back in the days of pantaloons, breeches and Louis IVX, men wore heels - especially aristocratic men. And wasn't a man named Prince Rogers Nelson deserving of a noble flourish?

Prince exuded soulful, assertive, old-school machismo. He was pure testosterone poured into flared jumpsuits and velvet suits and pants that had no back. Some of them were undeniably costumes -- a fashion dare. It takes a brave soul, after all, to put one's buttocks on naked display -- no matter how magnificent it might be. But there were other clothes in his later years, the elegantly tailored suits, for instance, that might be worn with a slinky shirt or a fluid scarf that spoke to a confident, peacock style of preening and that called to mind predecessors like James Brown or Jackie Wilson, performers who knew that the flash and beauty of their clothes was part of their swaggering confidence and, by extension, their magnetism. As Bruno Mars, whose style owes a debt to Prince, says, "Got kiss myself, I'm so pretty."

Prince was pretty - with his coiffed curls, magnificent afro, blow-outs and shag. He was not a performer who wore his clothes like armor. He didn't hide behind them. Instead, no matter if he was slipping into a chiffon shirt, a fringed jacket or a purple metallic redingote, he was stripping himself bare. He expanded the language of menswear. It didn't have to be stoic, he-mannish or boho. A man could be raunchy, beautiful and divine.