What Preity Zinta Did On "Great Trip To Dallas"

Preity Zinta looks gorgeous in these pictures. And, fans agree with us here. 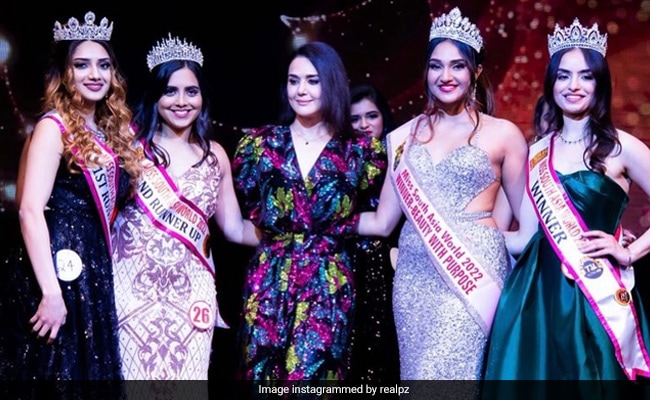 Preity Zinta is one happy person today. Why you, ask? She was invited to an event organised to celebrate women, who are playing a crucial role in motivating others. The event was held in Dallas, Texas. Preity Zinta has shared some pictures from the night too. Calling it a great trip, she wrote, “Thank you Mr Janak Bedi and Mrs Rashmi Bedi for inviting me to your wonderful event. It was so nice to meet such beautiful and talented women that are inspiring others to make our world a better place.”

Preity Zinta looks gorgeous in these pictures. And, fans agree with us here. A person wrote, “Preity ma'am, looking best.” Another said, “So beautiful.” An admirer wrote, “You are still the same.”  Here are the pictures we are talking about:

Preity Zinta loves to keep her fans updated by sharing glimpses from her life. For Punjab Kings' inaugural IPL game on March 27, Preity Zinta was joined by her children, Jai and Gia. Can she get a better company? We don't think so. In the caption, she wrote, “New team, new Captain and new fans. Thank you Punjab Kings for such a fantastic run chase and for making Jai and Gia's first IPL game so memorable. I cannot stop smiling.”

And, then at times, Preity Zinta loves to share throwback moments from her shooting days. On a fine day, she just felt like sharing a picture from her debut film Dil Se. Here, she is surrounded by elephants. Shoot location? Kerala, of course. For the caption, she wrote, “Look what I found. This was shot on location in Kerala for Dil Se. My first film shoot. I was thrilled to be surrounded by so many elephants.”

Preity Zinta made her debut in a supporting role with the film  Dil Se. The film also featured Shah Rukh Khan and Manisha Koirala.