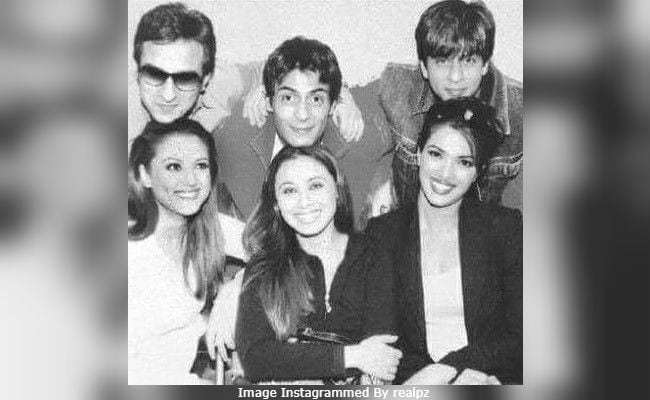 Preity shared this picture with SRK, Priyanka, Rani and others (Image courtesy: realpz)

New Delhi: Every Thursday, actress Preity Zinta delights her fans with a throwback picture and today, her post is an epic one, featuring top stars like Shah Rukh Khan, Priyanka Chopra, Rani Mukerji, Saif Ali Khan and Arjun Rampal. Preity's post reveals that the blockbuster picture was taken during the Temptation Tour (2004). During the tour, these stars had toured Europe and the US. Preity's post also has a message for her colleagues and reads as, "Those were the days when there was no social media and we all liked each other! Today we like each other's comments but hardly have time to hang out like this." (SRK, Priyanka, Rani, Saif and Arjun, are you guys listening?)

"Golden days of Bollywood" and "what a memory" are some of the comments posted on the picture. Take a look:

(Dear Preity Zinta, thank you for this picture).

Promoted
Listen to the latest songs, only on JioSaavn.com
Just a few Thursdays ago, Preity Zinta shared a picture from Dil Se sets with SRK.

Preity Zinta is married to Gene Goodenough since February 2016. She is currently busy with the Indian Premier League (IPL) duties and co-owns Kings XI Punjab. She hasn't made any big screen appearance after 2013's Ishkq In Paris. Shah Rukh Khan is the co-owner of Kolkata Knight Riders.
Comments
Preity Zintathrowback thursdayShah Rukh Khan