Preity Zinta posted a picture with Shah Rukh Khan from the sets of Dil Se, their 1998 film 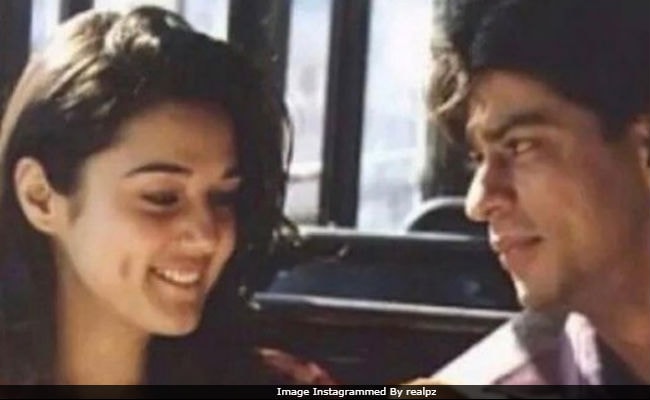 Take a look at the throwback picture she posted.

As Veer-Zaara clocked 13 years last November, Preity posted a collage of the film's stills and wrote, "Love has no boundary, no country & no religion. It belongs to everyone with a heart. Which better movie than Veer Zaara to prove it. Thank you Yash uncle for giving me the gift of Zaara and thank you Amitabh Bachchan, Hema Malini, Aditya Chopra, Rani Mukerji and Shah Rukh Khan for an unforgettable experience."

Love has no boundary, no country & no religion It belongs to everyone with a heart ! Which better movie than #VeerZaara to prove it. Thank U #YashUncle for giving me the gift of #Zaara & Thank U #Amitji #Hemaji #Adi #Rani & #Srk for an unforgettable experience #13YearsOfVeerZaara.

On Shah Rukh Khan's birthday, she posted a lovely picture with the 52-year-old superstar. "Happy birthday to my darling Shah Rukh Khan. Loads of love today tomorrow & always. Thank you for teaching me so much of what I know," she captioned the post.