Preity Zinta's New Year party pictures came a bit late but trust us, they are 'Goodenough' to make your day 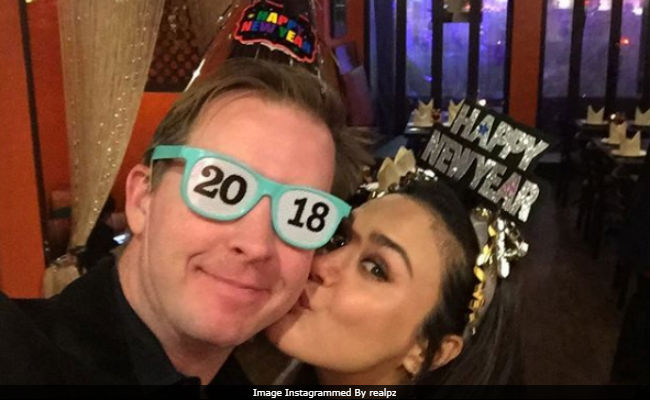 New Delhi: Actress Preity Zinta's New Year party pictures came a bit late but trust us, they are 'Goodenough' to make your day. She partied with husband Gene Goodenough, her mother Nilprabha and some friends. "First new year with Mom after college. I can already feel 2018 will be special," Preity captioned a post, adding hashtags like '#happynewyear' '#familynewyear' and '#Bollywoodbites.' (Did you notice their 2018 prop glasses?) We loved a selfie posted by Preity with Gene, where the actress plants a kiss on her husband's cheek. "Happy New year with a dash of Love," she writes, with a heart emoticon. See these pictures from Preity Zinta's New Year bash.

Preity, thank you for these pictures.

Preity Zinta married Gene Goodenough in an extremely private ceremony in Los Angeles in February 2016. Gene is based out of US.

Last November, the couple went on a family-only vacation to South Africa and from there, she posted wonderful pictures.