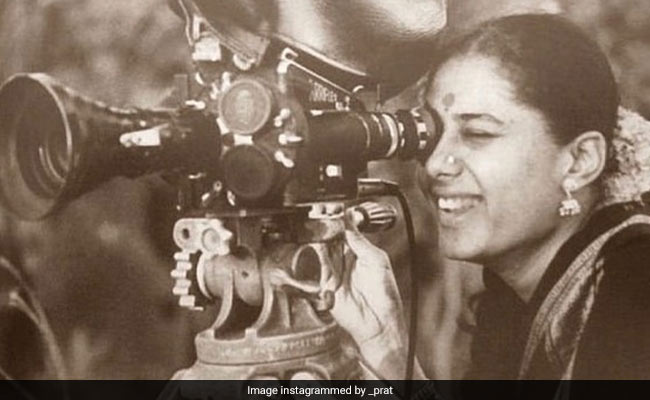 There's still time for Thursday but we assure you that Prateik Babbar's post will give you major "Throwback Thursday" feels. How, you ask? Well, on Wednesday, Prateik struck gold in his photo archive and shared a series of throwback pictures of his late mother Smita Patil on his Instagram profile. The Mulk actor captioned the post: "Flashback. Greatness." He accompanied the post along with a heart emoji. Prateik shared several greyscale photographs of Smita Patil. He also shared a throwback picture of his father Raj Babbar, which appeared to be from the sets of a film. Prateik did not reveal when or where the pictures were taken - he did not mention in his post.

Prateik Babbar frequently delights his fans by sharing throwback pictures of his mother. On Women's Day this year, Prateik posted a stunning picture of his mother and added a quote by her. "Happy women's day - "Patience in turn, required trust.. A trust that good things would happen at their own natural pace." This is the post we are talking about:

- happy women's day - "patience.. in turn.. required trust.. a trust that good things would happen at their own natural pace" - smita patil

Smita Patil was one of the most celebrated actresses in the Eighties. She is remembered for her performances in films like Bhumika, Chakra, Namak Halaal, Bazaar and Arth among others. She was married to actor Raj Babbar.

On the work front, Prateik Babbar had a busy year. He was seen in the web-series Four More Shots Please! and will next be seen as an antagonist in Darbar, co-starring Rajinikanth. Prateik Babbar made his Bollywood debut with the 2008 film Jaane Tu... Ya Jaane Na. He has been a part of films like Dhobi Ghaat, Aarakshan and Mulk among others.