This picture certainly made our Wednesday better 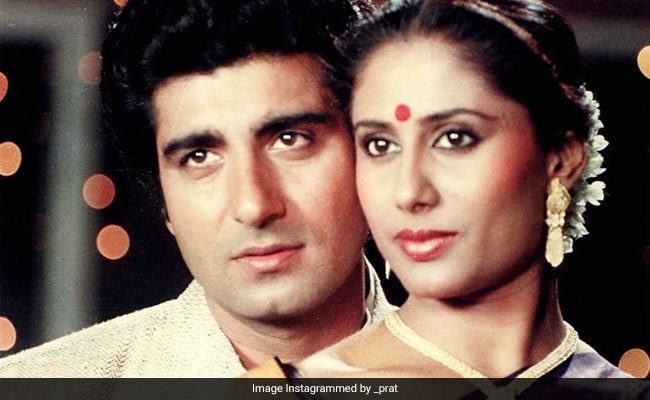 Anyone who has been following Prateik Babbar on Instagram would agree that the actor has an enviable treasure trove of throwback pictures, especially the ones that feature his late mother Smita Patil and his actor-politician father Raj Babbar. On Wednesday, Prateik shared one such throwback picture. However, this time the actor poached the post from a fan page on Instagram. The aforementioned picture happens to be from the 1984 film Aaj Ki Awaaz that featured Raj Babbar, Smita Patil, Nana Patekar and Om Shivpuri in key roles. The film was inspired by Charles Bronson's vigilante thriller Death Wish.

Sharing the post on social media, Prateik Babbar wrote: "Way back Wednesday. Flashback, meet the parents." Take a look at the picture shared by Prateik here:

Remember how we said that Prateik Babbar has an enviable collection of throwbacks? Here are some posts that totally corroborate to the fact:

Meanwhile, Prateik broke the flow of throwback pictures on Wednesday, by sharing a recent picture of himself along with his wife Sanya Sagar. "Selfie with the wifey," read the caption on Prateik Babbar's uber-cool selfie.

#selfie with the #wifey @pynkmoss

On the work front, Prateik Babbar was seen in the Nitesh Tiwari-directed film Chhichhore, co-starring Shraddha Kapoor and Sushant Singh Rajput. The actor will next be seen as an antagonist in Darbar, co-starring Rajinikanth. Prateik Babbar made his Bollywood debut with the 2008 film Jaane Tu... Ya Jaane Na He has been a part of films such as Dhobi Ghaat, Aarakshan and Mulk among others.