Prassthanam Movie Review: Sanjay Dutt Deserves Better But He Has Only Himself To Blame 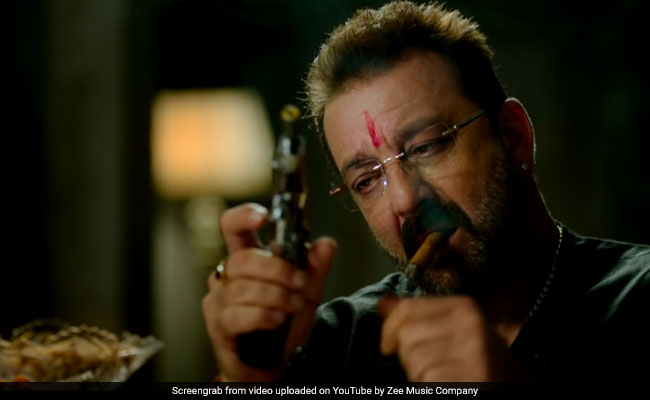 At no point in the 140 minutes that it expends in beating around the bush does Prassthanam, directed by Deva Katta, provide any inkling why his critically lauded Telugu drama of the same title from nearly a decade ago needed a Hindi remake, barring the fact that the film has been produced by Sanjay Dutt for Sanjay Dutt. If the intention is to give the actor's brand value a fillip, this screechy, bloated film about a blood-soaked fratricidal tussle in an Uttar Pradesh political clan does not serve the avowed purpose. All that overlong Prassthanam manages to do is give the impression that the lead actor is desperately clinging on to what is no longer of much worth either in creative or professional terms. Sanjay Dutt puts his heart and soul into the job and delivers a solid performance, but the lines that he spouts are overly stilted and devoid of any real pungency.

The cast of Prassthanam has three of Dutt's Bollywood contemporaries - Manisha Koirala, Jackie Shroff and Chunky Panday. None of them is able to rise above the limitations of their roles and dig into their reserves to shake off the overwhelming feeling of obsolescence that the film evokes. Not that they don't try hard enough, but the characters that they play are half-baked and, therefore, convincing.

Manisha Koirala is Saroj, the widowed daughter of an old school politician (M K Raina) who passes on his legacy to the character played by Sanjay Dutt when the latter marries the mother of two children. Chunky Panday is cast as a smarmy granite mining contractor, Bajwa Khatri, whose nefarious plans to acquire a prime strip of land for a project is thwarted by the ageing protagonist. Jackie Shroff essays the role of a reticent but fiercely loyal lieutenant of the pivotal character, who is a powerful political overlord whose writ runs untrammeled in the city of Lucknow and its surroundings.

The literal meaning of Prassthanam is departure, but the only palpable departure that this rehash set in the badlands of Uttar Pradesh makes is in terms of the location. Everything else in the film is trapped in a time warp. The original film was set in rural south India. The Hindi reworking heads straight to the part of the country that most such films favour as a setting. The thinking seems to be that this is a rotting region where anything goes. Here, powerful people can go around gunning each other down without being held to account. 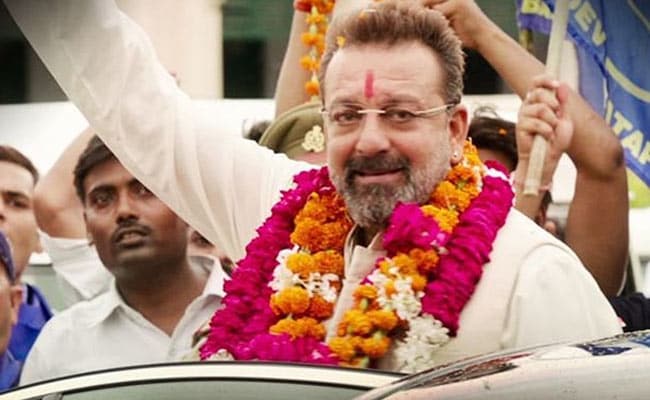 Sanjay Dutt in a still from the film.

In addition to the cliches of the genre, the filmmaking style reeks of the past, which perhaps isn't surprising because the director of the two versions is the same. Prassthanam wallows in a welter of redundancies that do not quite add up. Songs pop up at the most inopportune of junctures, including one qawwali in Mumbai's Haji Ali as a character on the run from the police seeks refuge in the dargah. Mumbai is a long way from Lucknow but such small details do not seem to matter to the makers of this film.

Sanjay Dutt, playing a seasoned politician, Baldev Pratap Singh, who has left his violent days behind and is now in the process of paving the way for the takeover by his stepson Ayush (Ali Fazal) of the Assembly constituency that he has held for four consecutive terms. The succession exercise takes an ugly turn because his own progeny, Vivaan (Satyajeet Dubey), smarting because he has been sidelined, turns into a dangerous sociopath prone to acts of destructive anger. 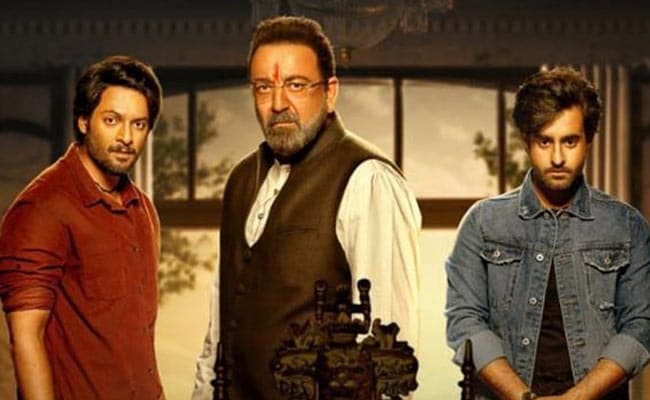 Ali Fazal. Sanjay Dutt and Satyajeet Dubey in a still from the film.

Vivaan drugs, rapes and murders the girl he loves. The victim happens to be the daughter of Baldev's right hand man, Badshah (Jackie Shroff). The senseless crime sets off a chain of events that include an act of sororicide (Vivaan shoots his half-sister dead in a fit of rage) and an attempt to eliminate an elder brother (Vivaan sends his goons to bump off Ayush as he watches an Anil Kapoor film in a movie theatre with his researcher-girlfriend, played by Amyra Dastur, and the young children of his sister).

Political violence is rampant in this milieu. It is therefore rather odd to find the perpetrators of non-stop mayhem talking about respecting the norms of good conduct and abiding by ethics and principles. The disconnect between what is said and what is done is, besides being galling, difficult to make sense of. As a result, Prassthanam is unable to present a coherent portrait of loyalty and fairplay in the time of widespread political skullduggery.

Sanjay Dutt, of course, is the captain of this ship. It is another matter that it is a creaking vessel that never gathers momentum. Manisha Koirala stands by and suffers, Chunky Panday cuts a sorry figure, and Jackie Shroff barely speaks a line but uses his kohl-lined eyes to convey anger and anguish.

In the guise of the crazed Vivaan, Satyajeet Dubey goes overboard in trying to articulate the disturbed state of the character's mind. The only actor who emerges without a visible scratch from the melee is the ever-dependable Ali Fazal. Even when everyone else around him is straining at the leash, he holds his horses and chooses to ease himself into situations, no matter how charged they might be. That's the hallmark of an actor with an impeccable sense of balance. Alas, his influence does not rub off on the film. Let Prassthanam go where it is destined to - into oblivion. Sanjay Dutt certainly deserved better, but then he has only himself to blame.